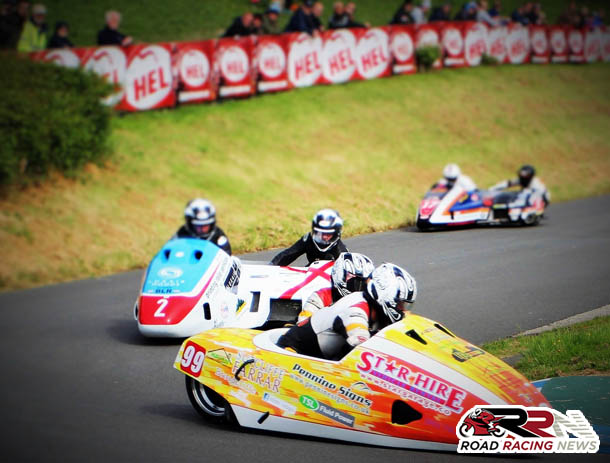 Following a top draw TT 2016 campaign, Steve Ramsden/Matty Ramsden kept up their rich vein of form, at the Cock Of The North Road Races.

At the end of the six lap race, just 0.021 covered both outfits, as Steve and Matty finished second.

The Honda powered duo gained a great start in the second sidecar race, by the end of the opening lap they had established a lead in excess of 1 second.

Reliability issues forced them out of the third sidecar race, overall though it was still a hugely productive weekend’s racing at Oliver’s Mount, for Steve Ramsden/Matty Ramsden.

The fourth place finishers in the opening Sure sidecar race at TT 2016, will start in my opinion amongst the firm favourites for victories at the prestigious Scarborough Gold Cup in September.