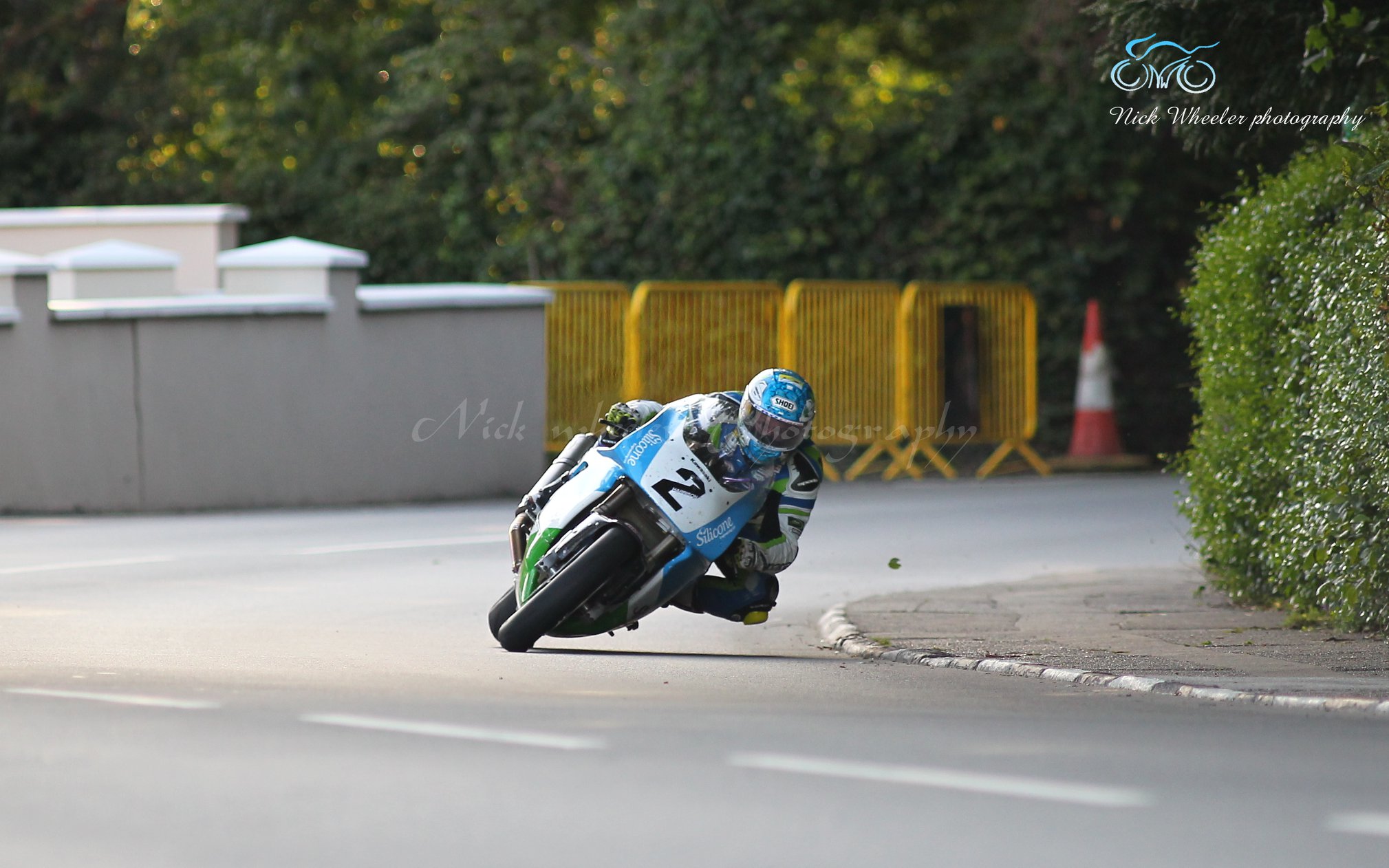 Fresh from competing at the latest British Superbike Championship round at Cadwell Park, Dunlop Senior TT winner Dean Harrison was quickly on the pace, setting purple sectors at Ramsey, the Bungalow and Cronk Ny Mona.

Come the completion of his standing start lap aboard the Silicone Engineering Racing ZXR 750 Kawasaki, Harrison registered a lap speed of 123.42 mph, which equates timing wise to 18 minutes 20.532 seconds.

After his first lap exploits, it was soon revealed on Manx Radio that the bracket holding the exhaust on Harrison’s ZXR 750 Kawasaki was loose. 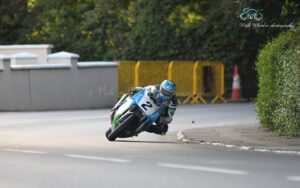 With early pace setter Harrison switching his attentions to the Laylaw Racing TZ 250 Yamaha, the pace from those taking in ‘Flying Laps’ was set by 2017 TT Privateers Champion, Greenall Racing’s Horst Saiger.

Saiger’s lap speed of 122.87 mph, placed him just under five seconds off the pace produced by reigning class champion Harrison.

Let’s be honest Lightweight class action this evening was about one man, one true hero, one incredible racer, one unique sportsman, Bruce Anstey. 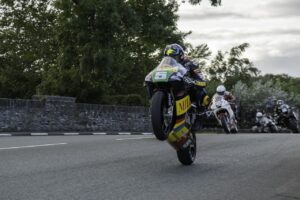 Anstey’s class topping lap speed was an ultra impressive 116.277 mph, a quite remarkable performance from a competitor who many regard as the finest International Road Racer of his generation.

Following a delay in proceedings due to the aforementioned incident, an announcement soon arose from event organisers stating that tonight’s Junior/Senior Classic TT practice session had been cancelled, with factors such as lack of time available, fading light forcing the abandonment.