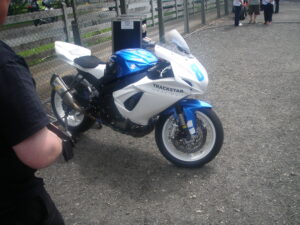 Chris Sarbora is planning to return to the Isle of Man TT this year. Chris made his Manx Grand Prix debut back in 2011 achieving a 11th place finish when competing on a R6 Yamaha in the newcomers A race, Chris went onto record a top 50 finish in the senior Manx Grand Prix. Chris competed at the Isle of Man TT in 2012 on a GSX-R 600 Suzuki and is greatly looking forward to competing for the second time at the worlds greatest road race.