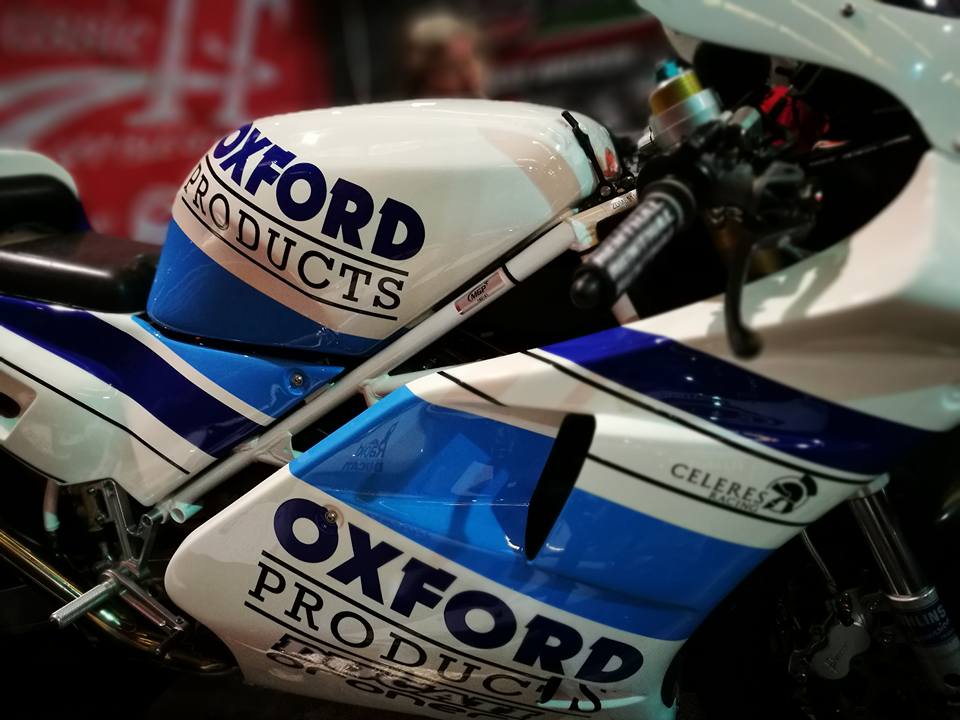 The machine which has a 1991 frame, performed extremely well last year, as it went onto finish a very respectable 11th, following a first class performance from seasoned roads exponent, Dave Hewson.

It’s not clear at this moment, as to who will be piloting the teams Oxford Products liveried Ducati, in the 2017 running of the four lap Superbike Classic TT. 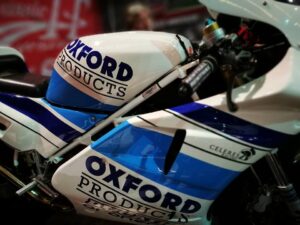 This immaculately turned Ducati, will prove in my opinion one of the most popular machines, at this years Classic TT Races.

For many it will evoke memories of when Robert Dunlop competed under the Oxford Products Ducati banner, back in 1993.

Although he endured a challenging fortnight on the Mountain Course, Robert encountered better luck at the North West 200, been firmly in mix for Superbike success.

This is just one of the reasons as to why the still relatively new event, first formed in 2013 is growing year on year, in terms of it’s popularity.