Busy Year Of Racing Coming Up For Colin Stephenson In 2015

There is set to be a busy year of racing coming up for Colin Stephenson in 2015 as the 4th place finisher in 2013 junior Manx Grand Prix aims to continue his excellent progress in pure road racing. 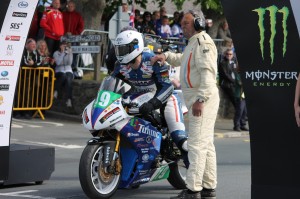 This season has seen Colin compete for the first time at the Isle of Man TT. TT 2014 provided the rider competing for his own team with series of highly creditable results which began with 43rd position secured in opening Monster energy supersport race.

Lightweight TT would prove to be the standout race of TT 2014 for Colin as he finished in 17th place after a top all round display on his own teams SV650 Suzuki. This years Southern 100 would see the enthusiastic road racer clinch 8th and 10th place finishes in both supersport races.

Whilst 10th position achieved in race of legends at Armoy was further proof of Colin’s ability of securing respectable results at every road race which he competes at. He is set to return to Armoy next year alongside competing at TT 2015, North West 200, Ulster Grand Prix and Southern 100. 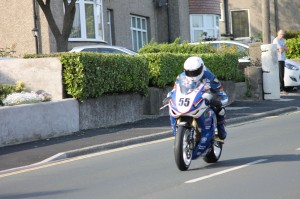 Plus appearances at Skerries, Killalane, Kells, Bush, Cookstown and Tandragee 100 look to be on the cards in 2015 which is set to be a busy schedule of road racing for Colin who is improving and getting better and better all the time in pure road racing.