Australia’s fastest Mountain Course competitor Josh Brookes, is set to remain a part of the Wiz Racing Norton fold for this years Classic TT Races, as he pilots again one of the outfits great sounding rotary machines. 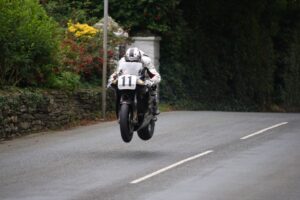 In the ever determined Brookes, a recent BSB winner at Thruxton, they have on board a rider of the absolute highest calibre, who is widely tipped to in the near future contend for TT podium finishes.

Whilst team mate Wilson, runner up in the 2013 Newcomers C Manx GP, has acquired a steady run of consistent results, since stepping up to the TT Races in 2017.