Birchall’s To Hold Number 1 Plate In Sure Sidecar Encounters 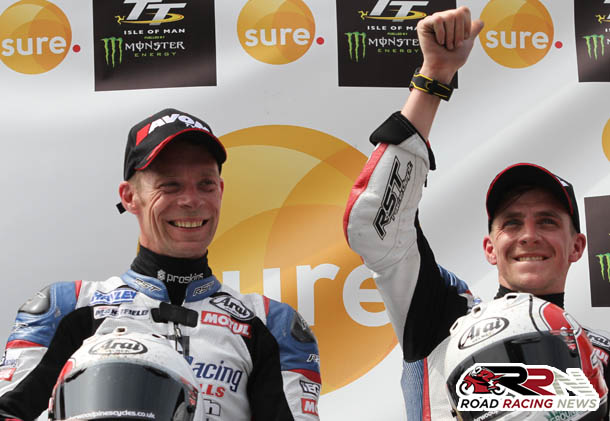 The all conquering Birchall brothers, Ben and Tom, are confirmed to hold the number 1 plate, in the Sure Sidecar races at TT 2017.

With three wins over the last two years, it’s fair to say they go into this years TT Races, as the one’s everyone has to beat, if they are to taste the winners champagne. 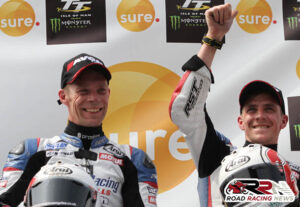 As hungry as ever for TT success, they will once again start amongst the prime favourites for race honours.

Former TT winners Conrad Harrison/Andy Winkle (Printing Roller Services), are next up behind the Lancashire/Manx based duo, followed by Tim Reeves/Mark Wilkes who competes for the first time around the Mountain Course.

Runners up in the opening Sidecar encounter of TT 2016, Peter Founds/Jevan Walmsley off at number six, are definite ones to watch.

Karl Bennett (8) joined this year by Frenchman Maxime Vasseur, cannot be discounted from securing a maiden podium finish. This can applied as well to Oliver’s Mount front runners, father and son duo Steve Ramsden/Matty Ramsden, holders of the 9 plate.

30 of the outfits entered in the 2017 Sure Sidecar TT Races, have lapped in excess of 106 mph, whilst in total around 50 teams are set to compete.

This is in my opinion a disappointing statistic, cause you would have thought, with the increased publicity in some quarters online/in print that the entry numbers would increase.

Hopefully, in the next few years, we will see a rise in terms of the number of entrants, within the three wheeling fraternity, which is as popular as it’s ever been at the Isle of Man TT.

Full re cap of the top ten starters for the 2017 Sure Sidecar TT races: