Billy Redmayne Planning On Competing At The Wanganui Road Races 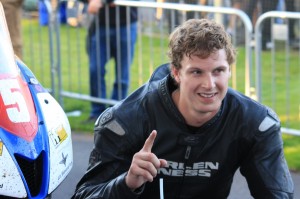 Billy Redmayne is planning on competing at the Wanganui road races. This years Manx Grand Prix saw Billy enjoy a quite superb debut on the mountain course which included newcomers A victory following a great all round performance.

Junior Manx Grand Prix saw the rider who had adapted extremely quickly to the most famous road racing circuit in the world clinch second place finish after another great all round performance from Billy tipped by many to be a future TT star.

Plus lap speed of 119.062 set on final lap of junior Manx Grand Prix would prove to be the fastest lap speed of 2014 Manx Grand Prix. Wanganui road races in New Zealand have seen over the years many top pure road racers compete including Pat Hennen, Dave Hiscock, Robert Holden and most recently Guy Martin.

Billy is set to make his debut around Wanganui and his first time competing at the popular road race will be closely watched by many to see if the 2014 newcomers A Manx Grand Prix can confirm his undoubted potential of been a great all round pure road racer.

James Ford Getting Better And Better Around The Mountain Course