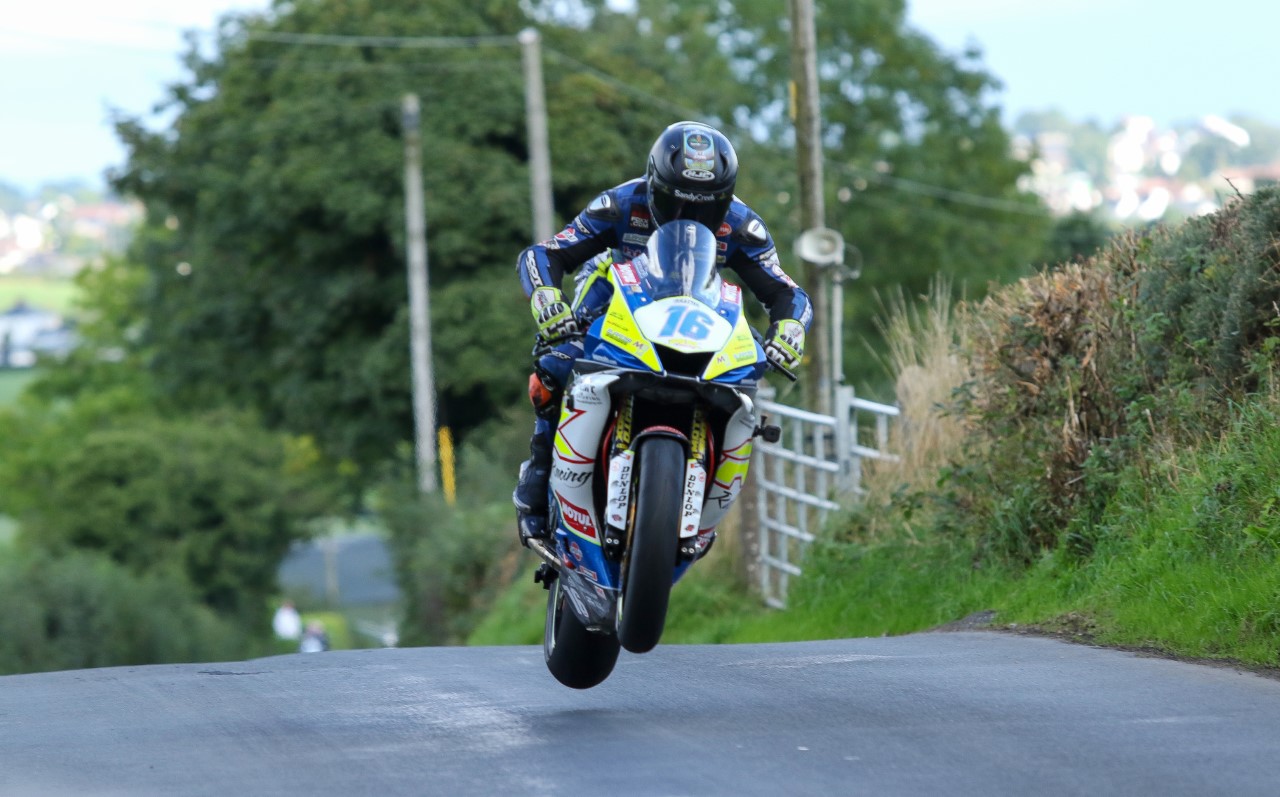 BE Racing In Conjunction with Richardson Kelly Racing’s 2021 road race campaign, ended in style at the past weekend’s KDM Hire Cookstown 100, with sole team rider Michael Browne giving the squad their first Superbike road race win since the Munster 100 meeting of 2019.

Prior to Browne’s thrilling Open A race success, the dairy farmer had placed second quickest from Supersport, Superbike qualifying sessions and then went onto give the Joey’s Bar Racing outfit their final roads victory, following a dominant display in the 125/Moto 3 race.

There was nothing in it throughout till the ninth and final lap when Browne decisively hit the front, going onto claim race honours by just over 1.2 seconds.

“It was a great day at Cookstown and I was pleased to give the team a win because it’s their home race. It was nice to get my first Superbike win and I’m finally smiling!

We’ve spent a bit of time on the big Suzuki trying to get it right and I always felt a little intimidated by the big bike, but I’m happy on it now and I really like the Suzuki GSX-R1000.

It was a close race with Adam and I saw that we were catching some backmarkers, so I got as close to him as I could and made my move at the end of the start and finish straight on the last lap, and just got past him on the inside.

I didn’t let up on the last lap either and pushed hard because I was wary of him coming back at me. The lap times were good and it was a good race.”

Going onto speak about the Mid Ulster District Council Supersport A race in which he finished second to new middleweight class lap record holder Adam McLean, he said:

“In the Supersport race I had a little bike issue that was playing on my mind a bit. We caught some backmarkers after only a handful of laps and I knew then that my race was done, so I played it safe and I was happy with second place.”

Adding why he elected not to race in the showpiece KDM Hire Cookstown 100 encounter, the speediest Oliver’s Mount Scarborough newcomer of 2021 said:

“I was looking forward to the final Superbike race but after the rain came on, we discussed it and eventually decided to give it a miss. I had a huge moment before the race was stopped and I just decided the conditions weren’t for me.

It’s been challenging at times this year but it’s a good way to end the season, so a big thanks to all the team for their hard work and to all my sponsors for their support.”

“Derek Sheils rode for me for four years and won a lot of National road races for us on the Suzuki GSX-R1000 but I didn’t expect Mike to be winning so soon for us in the Superbike class.

I knew he would do a good job for us one day, but for Mike to get a win as quickly as he has done underlines the potential he has.

Granted, Derek Sheils and Derek McGee weren’t racing on Saturday, but the pace set by Mike and Adam McLean was high and they were 0.7s off the outright lap record, while Mike set the fastest lap in the race, which was just under a tenth slower than Derek Sheils’ fastest lap from 2020.”

“So they were setting a good pace and Mike certainly earned his victory. It was a two-horse race after Michael Sweeney dropped back, which was no surprise given ‘Micko’ had a big crash earlier in the Supersport race.

But I’m just over the moon because we’ve had a difficult year and this has given everyone in the team a huge lift.

On Friday, Mike was feeling confident after qualifying second fastest in the Superbike and Supersport classes and he went out and delivered the goods.

I probably expected his best chance to be in the Supersport race but he surprised us with how quickly he has adapted to the Suzuki GSX-R1000.

Mike feels at home on the bike and to be lapping close to Michael Dunlop’s outright lap record shows just how competitive the Suzuki is as an all-round package against rival machines from Kawasaki and BMW.”

“In the Supersport race, Mike had a small problem with the front brake but that’s not taking anything away from Adam McLean, who rode a great race.

Michael Dunlop’s lap record from 2011 was broken on Saturday, which shows the pace in the race, and Mike was just over two-tenths outside Dunlop’s record himself.

We come away from Cookstown very pleased with the results and it’s a great way to end the season. Mike has shown his potential and I feel there is a lot more to come from him in the future.

I want to say a special thanks to our title sponsor Charlotte Richardson of RK Racing for her support over this past couple of trying years, and indeed to all the team sponsors for sticking by us.”