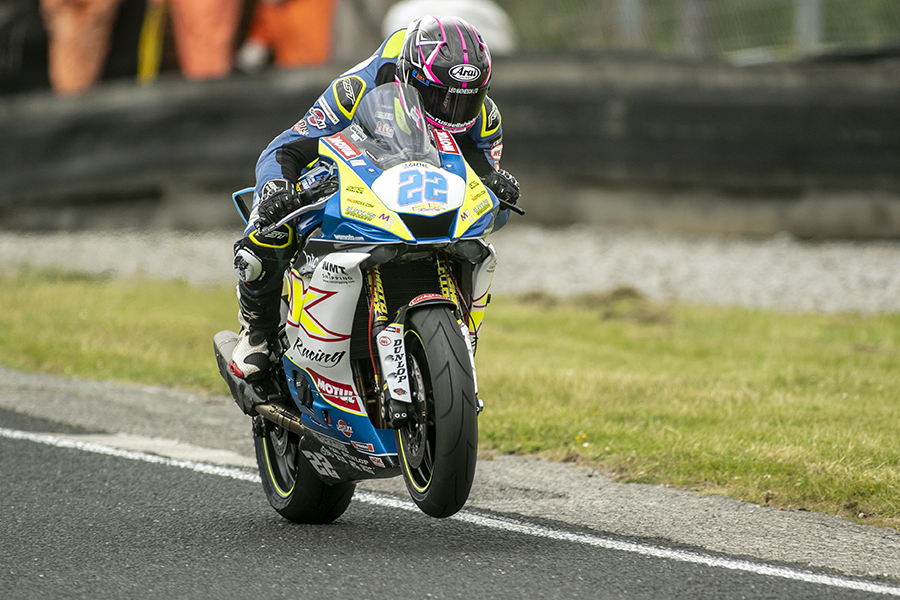 BE Racing In Conjunction with Richardson Kelly Racing continued their solid start to race action during 2021, at the recent Dunlop Masters Championship season opener.

Speaking about the past weekend’s racing, Browne who admitted his confidence had been knocked following a pre-racing incident, stated:

“I went with good expectations because the last time I raced there I had three wins, so I had high hopes. But on Friday I had a crash and it dented my confidence.

After that, I decided there had been enough crash damage done for one weekend and I kind of played it safe, opted for some steady results and brought it home. That’s the mindset I had for the rest of the weekend, although I pushed on in the evening race but once I missed a gear I just settled for second place.

I was happy enough with the podiums but there was definitely more in me, although I didn’t want to risk any more crashes.

The competition was stiffer this weekend compared to the last race in September but my times were good enough and I was satisfied from that side.”

Third within the opening 600cc race, the corresponding encounter saw the reigning Ulster GP Super Twins R1 winner high side out of contention.

Taking positives from the weekend’s action, Jordan who would also be a non finisher in the final 600 race, stated the following:

“It was 15 years since I last raced at Mondello park as a teenager but I surprised myself considering how long it has been since I was last there. I felt as the weekend was going on that I was playing catch-up.

I had a good ride in the first race and finished on the podium in third, but then in race two I had a huge high-side. I felt I needed to attack on the first laps to get away at the front and it bit me.

Apart from my crash I had a good weekend and John and the boys worked tremendously hard just to make sure I was out on track on Sunday again, but there was just a little niggle with the bike as a result of the crash, which meant I had to pull out.”

“Paul didn’t have a lot of experience of Mondello, but straightaway he was on the money. He has a short circuit background and was quickly up to speed. Mike was also running at the sharp end from Friday’s test right through until Sunday afternoon.

Paul got a good third on the Saturday with Mike in fourth, and then Mike had two podiums on Sunday with a third and second. Unfortunately, Paul slipped off in Sunday’s first race and although we got the bike repaired and he got back out again, he didn’t get a finish.

I can’t fault the performance of the two boys and Mike had a tip-off on Friday as well but when you’re pushing on to be at the sharp end, then crashes can happen.

But in all for the team, it was nice to come home with three rostrums from our first short circuit race for a very long time.”

The BE Racing squad’s planned next race outing is at Armoy at the end of July, with the aforementioned Jordan, Browne set to pilot the team’s ultra competitive YZF R6 Yamaha, GSX-R 1000 Suzuki mounts.