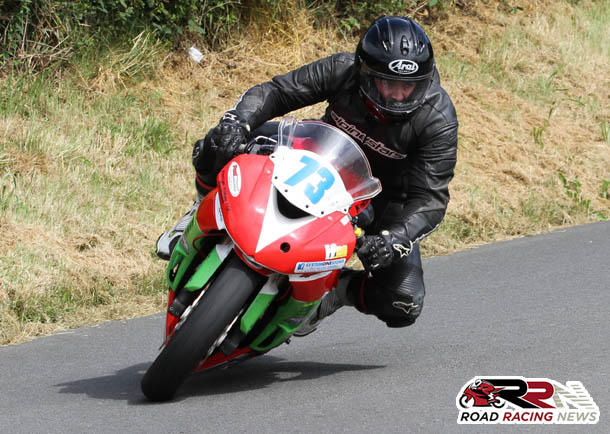 Runner up in the 2015 newcomers A Manx Grand Prix, Barry Evans is building up for this years Manx GP.

Recently Barry was amongst the star performers at the Cock of The North Road Races, impressing hugely on his own teams ZX6R Kawasaki.

Amongst the main highlights of the two day meeting, included excellent fifth place finish in the opening junior A supersport race, as he finished in front of many a highly accomplished exponent of Oliver’s Mount.

Another highlight was highly creditable eighth place finish in the second solo open A race, as Barry finished amongst the leading 600 mounted riders.

Despite it been only his third meeting at the mount, Barry showcased why he is in my opinion now, a specialist of one of pure road racing’s most iconic circuits.

Looking towards the 2016 Manx Grand Prix, the Welshman is quietly confident of securing series of top class results in the junior and senior races, plus he’s set to compete for the first time in the super twins race on his own ER6 Kawasaki. 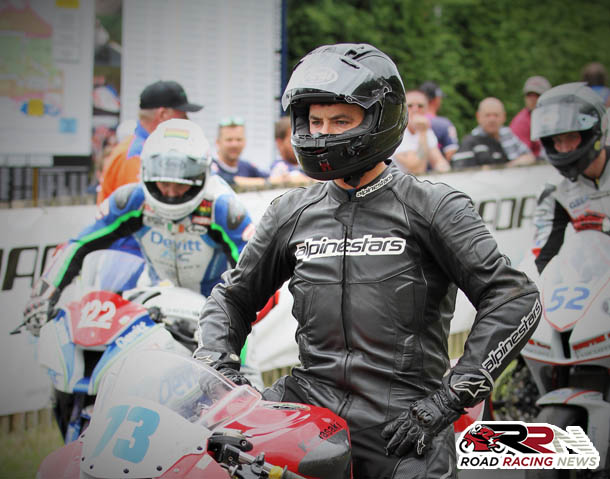 Since becoming a prominent figure on the roads in 2015, Barry Evans has established himself amongst Wales leading pure road racers.

In my opinion he has the talent and pace to be in contention for at least podium finishes at the Manx GP, in particular in the junior race.

James Cowton Battles Through The Pain Barrier At Oliver’s Mount