The Armoy road races since its first running back in 2009 have gone from strength to strength and this years entry list at the popular road race is a extremely high quality one. 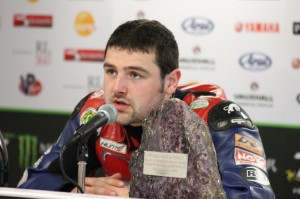 11 times TT winner Michael Dunlop will be looking for his fourth race of legends victory when competing on his own teams MD racing S1000RR BMW, Micky D is also entered in supersport races on CBR 600 Honda which brought him 2014 supersport TT race 2 victory. 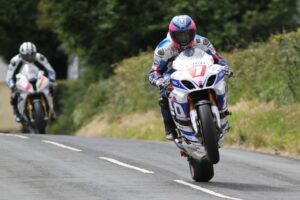 Guy Martin hasn’t won around Armoy but has being close over the years with 2nd place finish in race of legends in 2009 and 3rd and 4th place finishes in 2012 and 2013. 2014 could be the year that Tyco Suzuki by TAS rider Guy achieves his first Armoy road races win, the ever popular rider is in excellent form following solo championship victory at Southern 100. 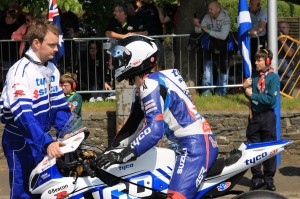 William Dunlop since getting back to action following crash in senior TT when battling for race lead has being in top form with wins at Skerries and Walderstown road races. Tyco Suzuki by TAS’s formidable supersport and superbike Suzuki’s are sure to give William a big chance of victories at a meeting where in 2013 he won 250 and supersport races. 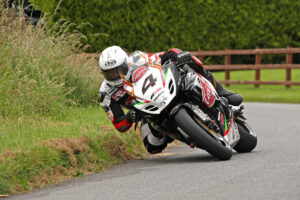 Dan Kneen is having an amazing season. Grand final wins at Cookstown 100, Tandragee 100, Kells road races, Skerries and at Walderstown road races mean Dan has a good lead in superbike Irish road race championship. Although he’s a newcomer to Armoy don’t discount the rider who has lapped at the Isle of Man TT at over 129 mph to be battling for race of legends victory on Cookstown Burrows engineering racing GSX-R 1000 Suzuki.

Connor Behan will also one of the favourites for super twin race win but could also spring a surprise or two in supersport race as he gets better and better in the ultra competitive class. One of the standout newcomers to Armoy this year is Danny Webb who following a top all round TT debut is set to compete on KMR Kawasaki super twin as he makes his Irish road racing debut. 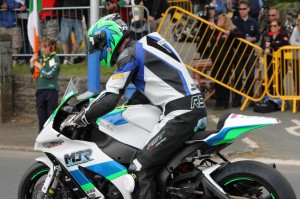 Michael Sweeney is having an impressive season and is one to watch in particular in superbike and race of legends competing on ZX10 Kawasaki backed by Martin Jones racing. Michael will also be a dark horse for top result in supersport race as could Seamus Elliott who is arguably one of the most improved riders in road racing in 2014.

Derek Mcgee has being riding superbly this year, the talented rider has a good chance of being on the podium in supersport race at Armoy when competing on a R6 Yamaha whilst superbike and race of legends are set to see Derek battle for top results.

Third place finisher in race of legends in 2013 Derek Sheils competing on CD racing ZX10 Kawasaki knows what it takes to run at the front around Armoy and the 2013 superbike Irish road race champion will be aiming for podium finishes across all classes.

An exciting entry into Armoy road races for 2014 is James Cowton. James debut around Armoy will be watched closely by many, one of the biggest rising stars in road racing following podium finishes at North West 200 and 3rd place finish in lightweight TT is competing on Ken Dobson’s ER6 Kawasaki in super twin race. Whilst the supersport races see the 6th place finisher in 2013 Duke road race rankings championship competing on his own teams CBR 600 Honda. 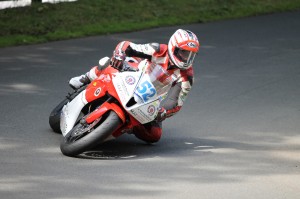 Overall its a brilliant entry list for Armoy road races, where set to see close, exciting, exhilarating action on Friday and Saturday. The race of legends the feature race of the weekend is the one they all want to win, question is can anyone stop Michael Dunlop from securing fourth race of legends victory, the 2014 senior TT winner will be hard to beat.

Daley Mathison Chipping Away Around The Mount