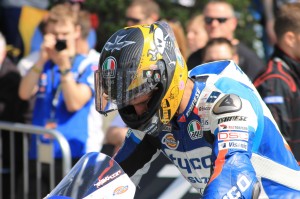 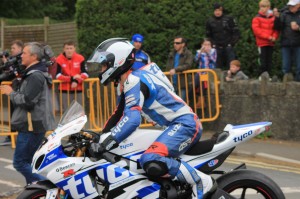 An exciting Armoy road races is in prospect for Tyco Suzuki by TAS. Following from solo championship victory at Southern 100 Guy Martin will be aiming for race of legends victory at Armoy where he made his debut back in 2009.

William Dunlop is in great form following supersport victory at Skerries road races and supersport/superbike victories at Walderstown. The 2014 North West 200 opening superbike race winner will be looking to continue his excellent season at Armoy where he will start one of the favourites for wins in superbike and in the race of legends.

TAS racing made their Armoy road races debut back in 2011 with Guy Martin, since then they have acquired many podium finishes at the popular road race but are still yet to achieve race victories, there’s a big chance this will change at the weekend.

Adrian Harrison Getting Quicker And Quicker Around Oliver’s Mount