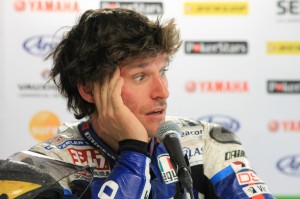 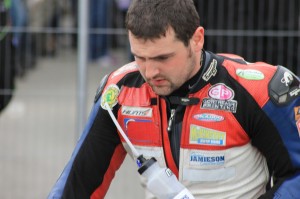 Guy Martin managed to hold off a determined Michael Dunlop to win open race at Armoy road races. With a gap of 0.8 of a second at the checkered flag 11 time TT winner Michael Dunlop pushed Guy all the way as the hugely popular rider secured his second win of the day.

James Cowton excellent debut around Armoy continues with eighth position on his own teams CBR 600 Honda. Seamus Elliott was a solid ninth and Colin Stephenson produced a great performance to achieve a top ten finish.

Since making his Armoy road races debut back in 2009 Guy Martin has been looking since for his first win at the popular road race, today has seen the eight time Scarborough gold cup winner secure double race victory, could race of legends win be on the cards? we will soon know with the feature race soon on the horizon.