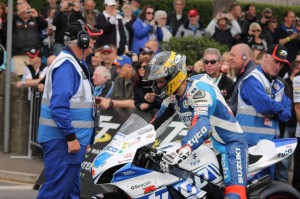 James Kelly and Stephen Mcilvenna completed the top ten during a top race which saw Guy Martin at last achieve his first win around Armoy, superbike and race of legends races are still to come although weather conditions don’t look great.