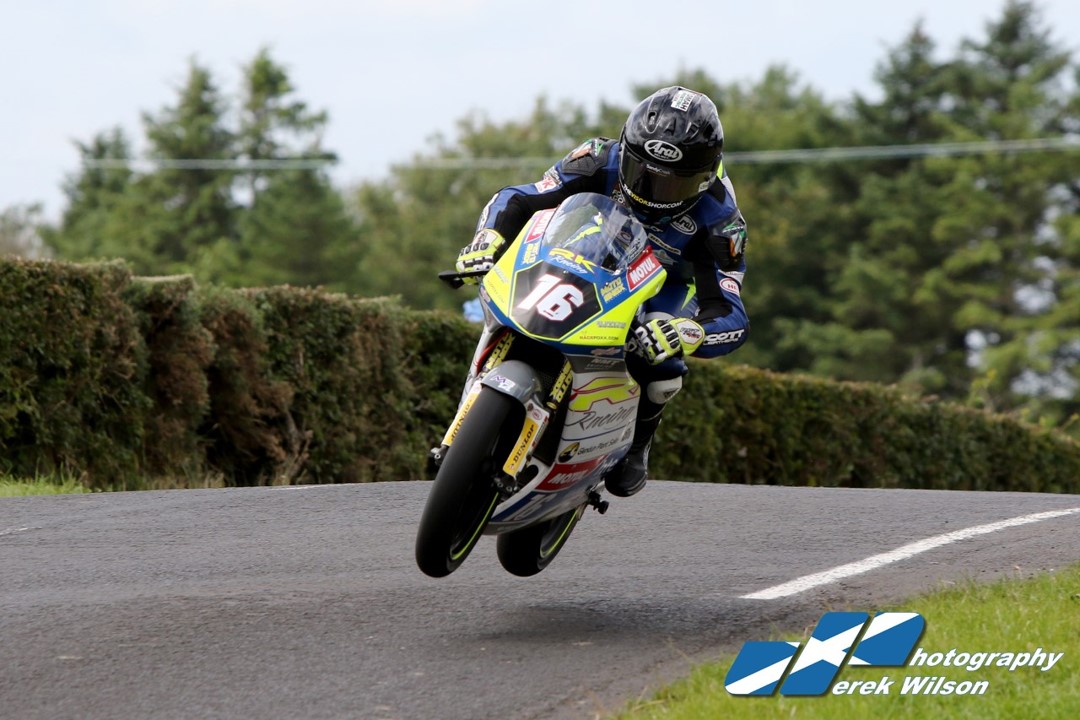 Once racing re-commenced, a six-lap distance was in prospect but not for notable non-starter, race pole-sitter Dominic Herbertson.

For the third successive race, marshals course round had to unfortunately wave red-flags.

The reason this time was due to an incident involving Support class front runner Michael Gahan.

Junior Support race resumption saw Jonathan Watt jump out to an early lead, enjoying a 2.63 seconds advantage over Marcus Simpson at the end of lap two.

Watt’s advantage out front reduced significantly during lap three and by lap four he led Manxman Simpson by only 0.341 of a second.

Completing the rostrum finishers was Anthony O’Carroll with Dan Ingham, the Isle of Wight’s Ryan Whitehall and Dave Walsh concluding the top six.

In relentless form aboard the KTS Racing Powered by Steadplan Kawasaki, Hebden Bridge’s Coward was in a league of his own, going onto take class spoils by almost ten seconds.