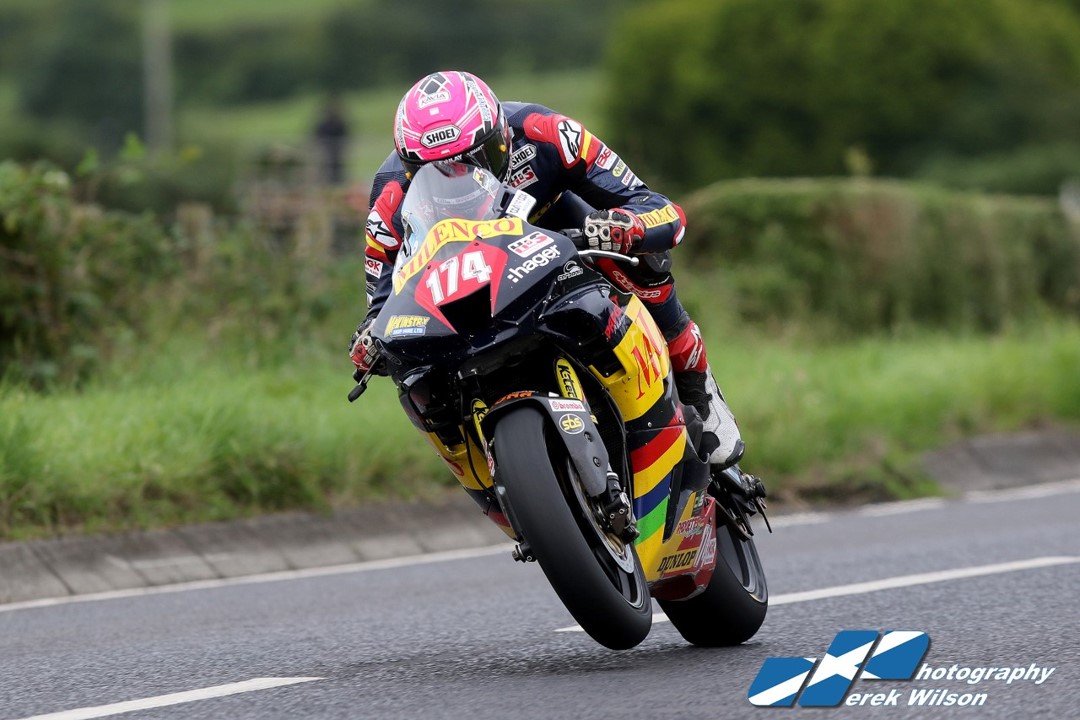 Ending a quite prodigious summer roads scene stint, the newest ‘Race of Legends’ Champion at Armoy is Milenco by Padgetts Davey Todd.

Continuing the irresistible form that had already taken him to Supersport, Open race triumphs, Todd quickly threw the gauntlet down during opening lap proceedings, moving nigh-on four seconds ahead.

Although dipping his pace a touch on the seventh and final lap, he still finished first by almost nine seconds, when crossing the finish line.

Behind Todd, the race for second would conclude with Michael Sweeney edging fellow Countryman Derek Sheils, after an entertaining duel between the modern era national roads greats.