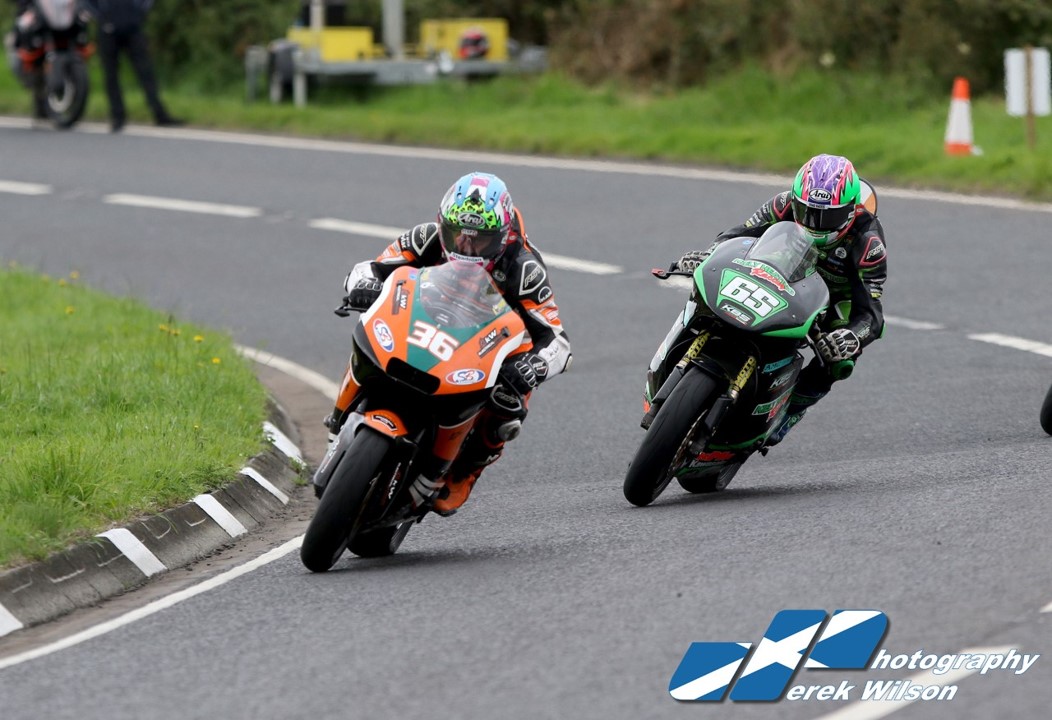 Paul Jordan illustrated his racing versatility, by taking the overall spoils in the Senior Classics encounter.

Davies Motorsport’s Dominic Herbertson wrapped up the top three finishers whilst Senior-500 honours went to the evergreen Wattie Brown, who on route to race success set a new class lap record of 2.08.148 seconds.

Embroiled throughout in a tight tussle for first with Oliver’s Mount Scarborough specialist Toby Shann, leading Czech roads force Dokoupil by the race’s conclusion, had the edge but not by much, finishing only 0.251 ahead of Shann.

Race of the day at Armoy, well only one contender for this accolade, the Galgorm Super Twins A encounter.

Thrills, striking overtakes, great 650 Twins action were just of the ways to describe the competition witnessed by the enthusiastic crowd in attendance.

Nothing could separate the top three and by the chequered flag it was a Nascar, Indycar style photo-finish!

Positions fourth to sixth in arguably one of the best Super Twins national road race encounters of modern times, were snapped up by Barry Furber, HeatTech Racing’s Joey Thompson and Jonathan Watt.