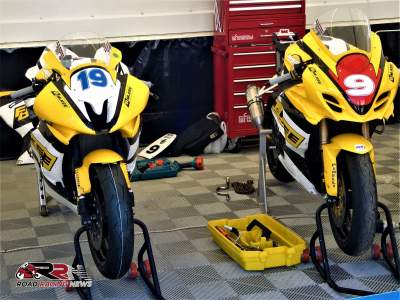 For this month, were starting something different on Road Racing News, an alphabetic run down of pure road racing worldwide.

Throughout his career one of the things that made him standout from fellow competitors was his trademark smooth, pinpoint riding style.

This was evident to me in attendance at a freezing cold! 2012 Spring Cup meeting at Oliver’s Mount, Scarborough where ‘Scratch’ took second behind feature race victor Steve Mercer.

Part of the TAS Racing stable from 2003-2007, 2008 through to his retirement in 2012 saw Ballymoney’s Archibald running his own AMA Racing squad.

In addition to the aforementioned Senior TT triumphs (back to back 2003-2004), Archibald also in 2003 secured the Formula One TT crown and has enjoyed victories at the North West 200 and Ulster Grand Prix plus placed runner-up within the 1996 Junior Manx Grand Prix.