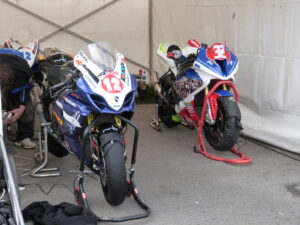 Alan Bonner has joined the peoples bike team for TT 2014. Alan is making his TT debut this year and will be competing on a CBR 1000 Honda FIreblade in the superbike, superstock and supersport races whilst the supersport races will see Alan also on a Honda. The 2010 Irish road race senior support championship champion is getting better and better with every road race that he competes at.

His performance at the 2013 Ulster Grand Prix in practice was superb. Alan produced a highly competitive 127.9 mph lap which meant he was getting into the high echelon of road racing. Having for many years aimed to make his TT debut the lightning quick rider is now finally fulfilling his dream of competing at the worlds greatest road race.