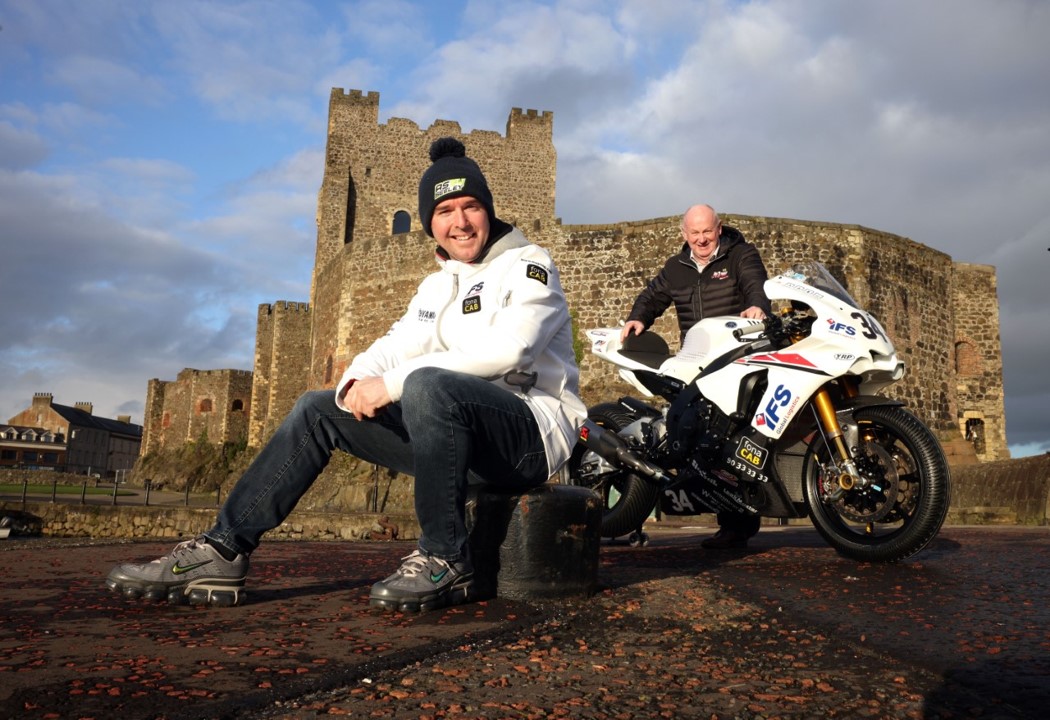 For multiple years, the man to beat around the illustrious Triangle course, the former British Supersport, National Superstock 1000 Champion stated about today’s update:

“I am just glad to have something because for a while it was looking as if I might be flag marshalling or spectating at this year’s North West.”

“The bikes will be meticulously prepared and I will know them as well as the rest of the boys will know theirs.

There won’t be any Spanish testing, just cold days out at Kirkistown and Bishopscourt but we will maximise what we do here at home and I will have the race craft and the mileage.”

Adding about his confidence of contending for Supersport NW200 success, in under 95 days-time he stated:

“The 600 is probably the strongest bike for me. I lost out on the Thursday night race in 2019 when I crashed on the last lap at Juniper.

The big bikes are all about set-up and I’ve suffered with a lot of high-speed weave in recent years which means you can’t hold the throttle wide open to get the top speed and make the passes. But I think the IFS Superbike will be good enough.”

“Only Michael Rutter and John McGuinness have more experience than me around there because they’ve been coming for about 90 years between them.

I’ve been around in all conditions and I’d fancy my chances on a wet track that was starting to dry out.
If there wasn’t a lot of set-up time we could be quids in. No matter how it goes, we will sort it out on the day.”

Quick reminder for those that don’t already know, the 2022 North West 200 title sponsored by FonaCAB and Nicholl Oils takes place from the 8th-14th of May.