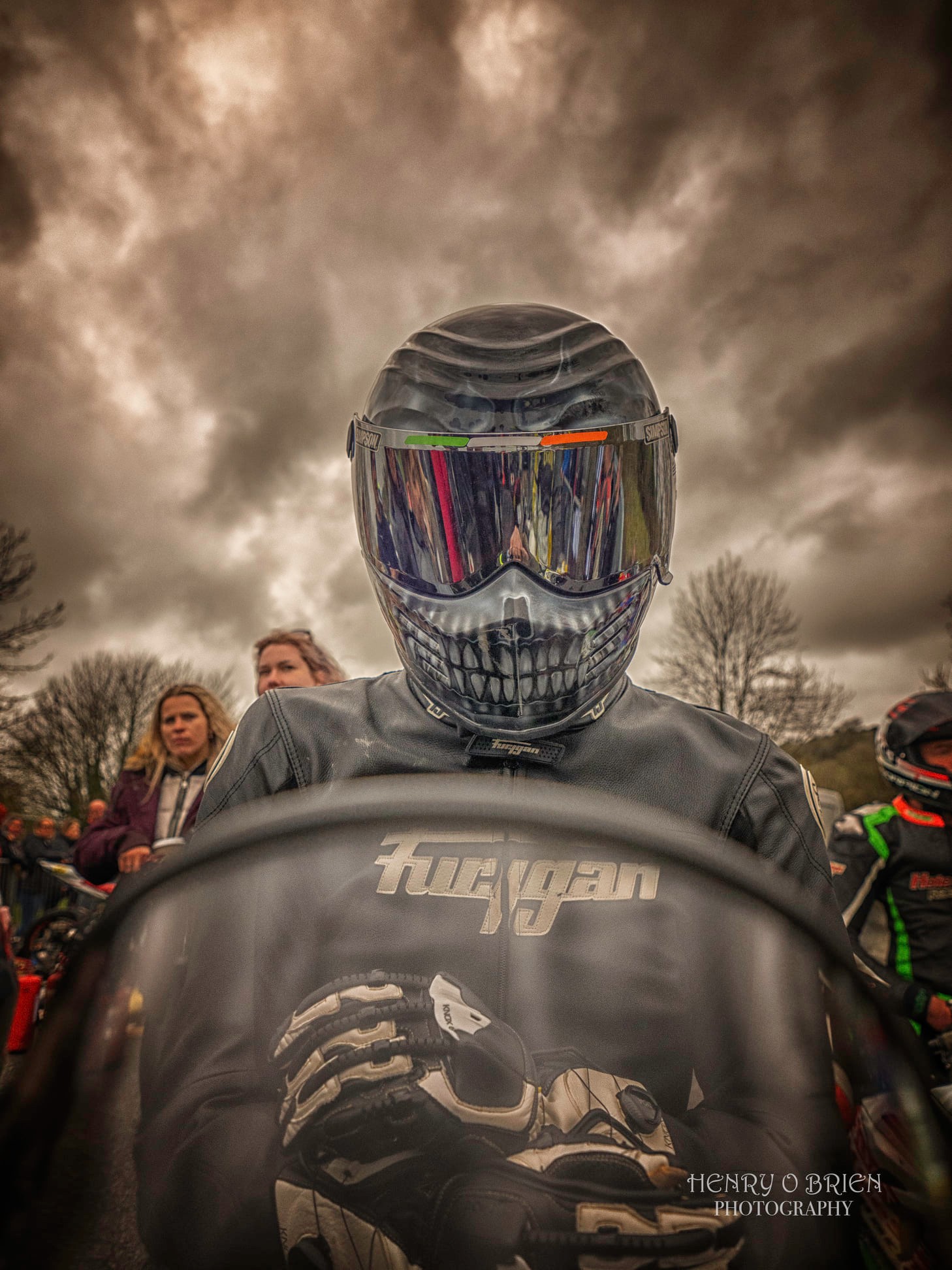 The action came thick and fast with the aforementioned Tyner and team of marshals keeping the bikes coming down the road all day with most riders blowing the cobwebs off and settling into the business end of 5 qualifying runs.

Benny and his team sat cool calm and collected after burning the midnight oil the previous night to ensure everything was spot on with the timing and shortly after lunchtime, we we’re ready for knockouts.

There was disappointment for the Wexford raider Mark Culleton as he parted company with his Hello Kitty inspired pre-injection machine but thankfully Mark walked away unscathed from the incident and was lending his support to those at the start line once his bike was recovered.

After the qualifying runs, the riders we’re paired up and the bumper entry meant Class F was first to get the action underway with the 751cc and up class having 8 pairings break the starting beams.

Kieran Kelly picked up where he left off in qualifying to lead the times for the final 8. Then Class C took to the line in the last 4 pairings with James Royal showing the way. Pre-injection Class CA was led by the 2 Jack’s Kelly and Dynan and they would inevitably meet in the final 4.

Class E machinery always throws up some beautiful machinery from years gone by and Ollie Leahy topped the EA sheets on his 1984 1100 with Mick ‘Basher’ Healy not far behind on-board his 1982 Katana knocking out Ray Foley and Aaron Durnin respectively.

In Class E Stephen Murphy set up a final against Mark Quilligan with his unmistakeable t-shirt telling us to “Burn Rubber not Your Soul!” Class F was heating up and Kieran Kelly now dipped under the 10 seconds, Stefan Georgiev, Eltan O’Hea and Johnathan O’Brien onboard the Panigale (Ducati) all progressed too.

The knockout stages for G Class were limited to 3 pairings as Adrian Dorgan received a bye as Eric Sheehan’s Hayabusa experienced some mechanical troubles in Qualifying. Kieran O’Driscoll was the first to progress to the semi-finals as he had a relatively easy passage against Guinness Record holder Ted Brady who was struggling to find a rhythm on board the Mel Nolan Yamaha FJ 1200 Pro Stock.

The 2018 G Class winner Justin O’Driscoll pipped Limerick’s Karol Davern whose Spondon framed turbo GSXR (Suzuki) was a real fan favourite every time he came to the line. The last pairing saw the renowned Jarrod Frost put in a solid run of 8.922s against the Leeside legend that is Eddie Galvin.

At this stage I had missed out on some of the action on the drag strip but all was not in vain as I was given the task of calling those to the grid for the knockout stages in conjunction with our master of ceremonies John Tyner accompanied by his right-hand man (and son) Rhys! 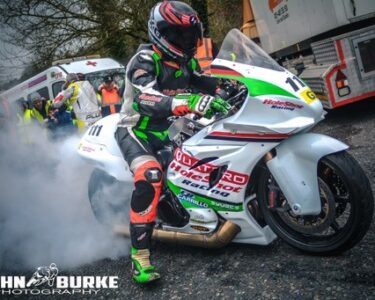 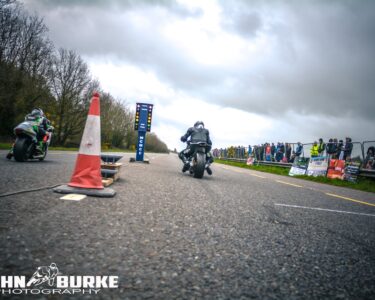