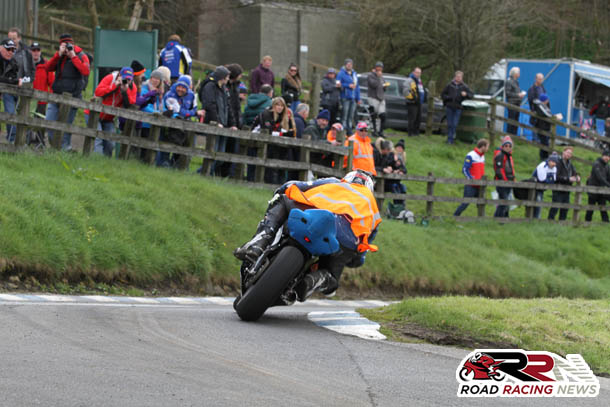 Piloting Michelin backed YZF R6 Yamaha, Wayne impressed many by qualifying for the junior A races, as he gelled quickly with the mount in tricky wet, damp conditions.

The opening junior A race saw him finish the highest placed newcomer, as he sealed highly respectable thirteenth place finish.

Day two of the Spring Cup National Road Races, would see much improved conditions for the second junior A race.

Lapping close to under 2 minutes, Wayne recorded another top 15 finish, this time finishing in fourteenth.

Commenting on his roads debut at Oliver’s Mount where he finished overall quickest newcomer, Wayne said that it put a smile on his face, and that it has made his upcoming Manx Grand Prix debut, more real.

Looking towards his first appearance on the Mountain Course, the Michelin backed rider, stated that it’s like piecing a jigsaw together, as he builds up his knowledge of the most famous road racing circuit in the world.

It’s been ambition for multiple years for Wayne to take to the roads. He has the ambition, determination and talent to enjoy more top draw moments at Oliver’s Mount in 2016 and at the iconic Manx Grand Prix.