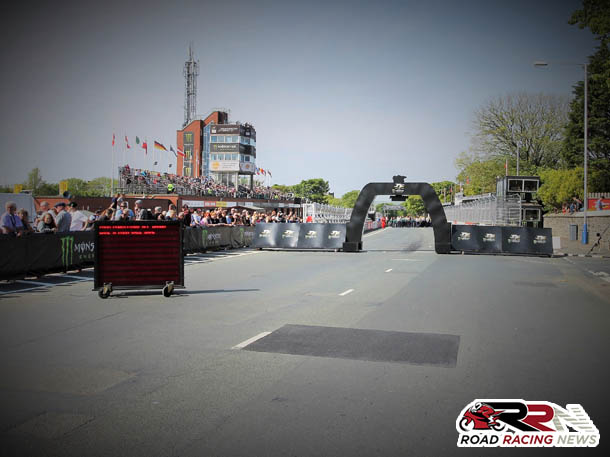 The start numbers for the 2016 lightweight TT, have been announced.

Martin Jessopp seeded for the first time in the superbike, superstock and senior races, is set to embark on a great opportunity as he holds the coveted number one plate on the Riders Motorcycles ER6 Kawasaki.

Second away is a rider everyone associates with the super twins class, Ryan Farquhar. Although not the dominant force he was in the early 2010’s on the 650’s, he will still prove extremely difficult to beat, on his own teams ER6 Kawasaki.

James will start one of the pre race favourites, whilst a dark horse for victory is Cameron Donald (number four) who returns to the lightweight TT fold with KMR Kawasaki.

Newcomers to super twins action around the Mountain Course Peter Hickman is next up at number five, we all know his ability and pace, a podium contender no doubt about it, on the Cookstown BE Racing ER6 Kawasaki.

Next up at number seven is Gary Johnson, set to compete for the third time for CF Moto, as the manufacturer from China, bids to challenge the all conquering ER6 Kawasaki’s.

Eighth away is JHS Racing’s Michael Russell, anticipated to be the leading Suzuki runner.

Four time TT winner Michael Rutter is scheduled to be away at number nine, Michael is still to confirm the machinery that he will be piloting.

Completing the top ten starters is 2015 TT privateers champion Dan Cooper, who is one to watch on CMS Racing’s ER6 Kawasaki.

2014 Duke Road Race Rankings champion James Cowton number 11 and Connor Behan number 12, both have the talent to be in contention for podium placing’s.

Danny Webb next up at number 14, will be looking to break into the top six on the leader board, having finished an excellent tenth in 2015.

Ice Valley Racing’s Sam West, Ryan Kneen and rising star Malachi Mitchell Thomas are all ones to watch at numbers 15,16 and 17.