Jayden Carrick and Adam Chambers finished in fourth and fifth positions in front of road racing star Guy Martin who completed the top six. Guy competing for Suzuki New Zealand has had a good meeting throughout which has included 4th place finish in the opening solo classic race plus another top six finish this time in the opening superbike race. 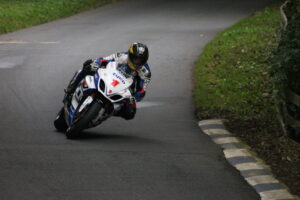 Ray Clee, Daniel Mckenzie, Philip Lovett and David Hall completed the top ten. So an interesting race to round off this years Wanganui road races which has seen throughout exciting and entertaining racing.

Happy Christmas From Everyone At Road Racing News