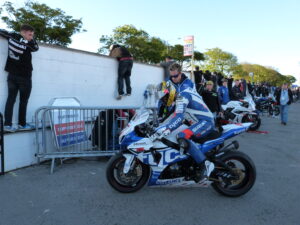 So the 2013 road racing season has ended on a high for Guy Martin who has had a superb year of road racing in 2013 which has included Southern 100 solo championship victory, feature race victory at the Ulster Grand Prix and a new lap record at Oliver’s Mount.

Marc Livesey Aiming To Return To Manx Grand Prix In 2014