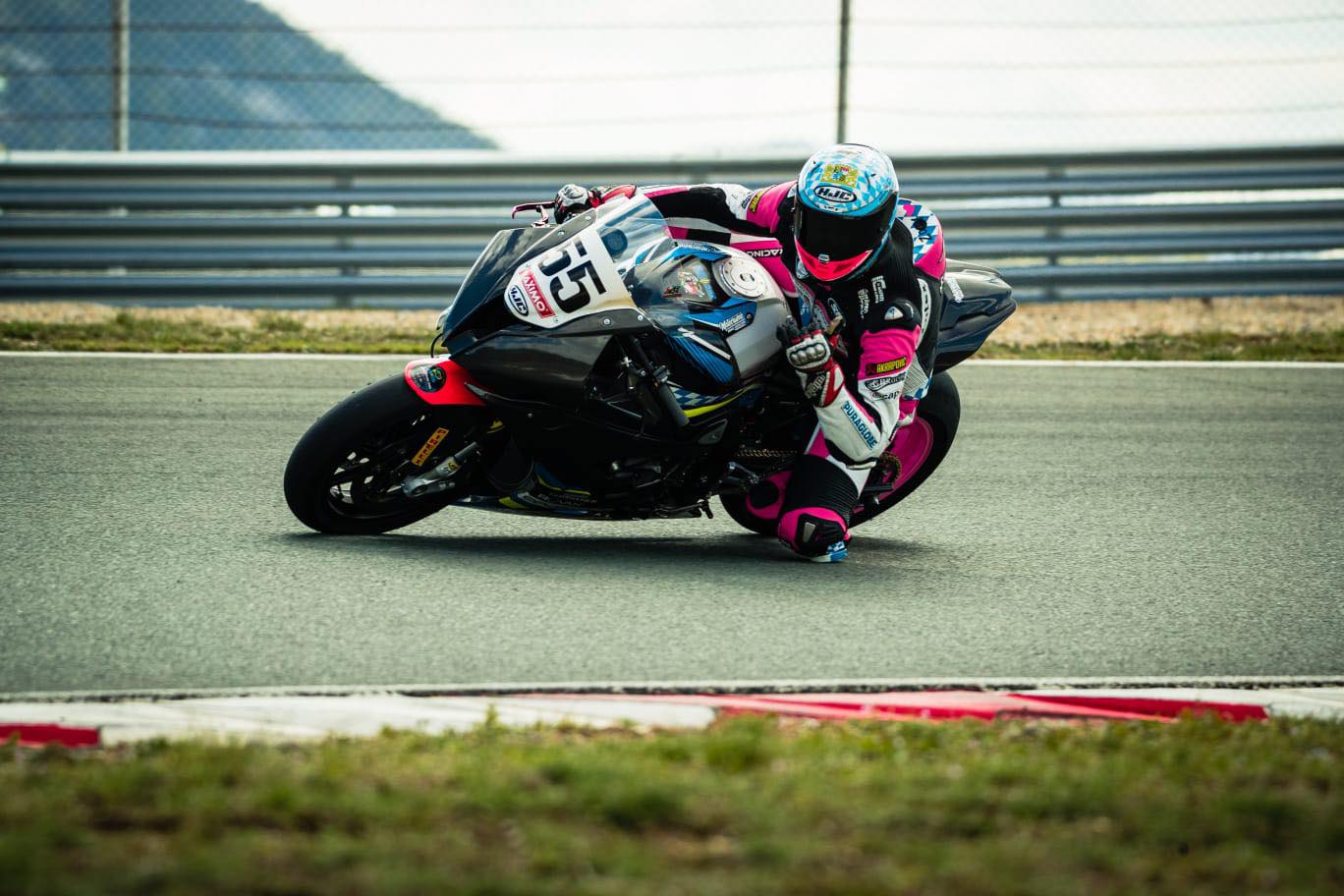 Victorious in the final 1000cc race, Datzer racing the TT bound Penz 13 BMW which was carrying a full tank of fuel, 23 litres, set a best lap time of 1 minute 28.787 seconds.

Like Datzer, he’s going into the near approaching IRRC season, in strong, solid form and he’s not be discounted from gaining next week, a notable finish or two at Hengelo.