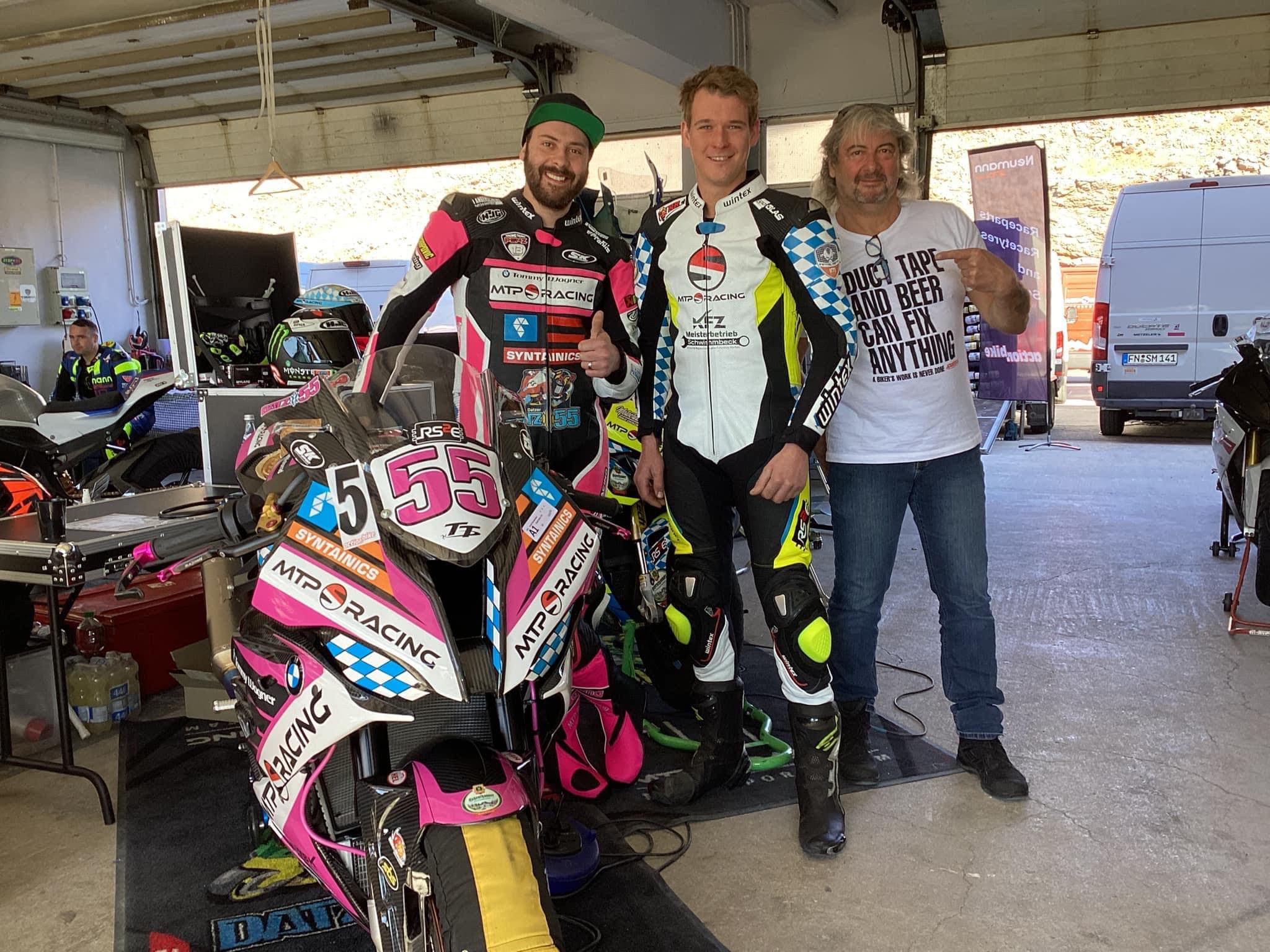 MTP Racing made the lengthy trip to Rijeka, Croatia for a spot of testing, racing to continue their pre road racing season preparations, as they build towards a strong challenge in Europe’s premier real roads series, the International Road Racing Championship.

The final Superbike encounter also saw the likeable German set the fastest lap, lapping at 1 minute 27.366 seconds, which placed him second overall in terms of quickest competitors over the meeting, only bested by former Moto GP pilot Jonas Folger.

Leaving Rijeka satisfied with the progress made with BMW machinery, the Penz 13 supported MTP Racing outfit head into IRRC action next month at Hengelo, optimistic that podium finishes or better are a possibility.