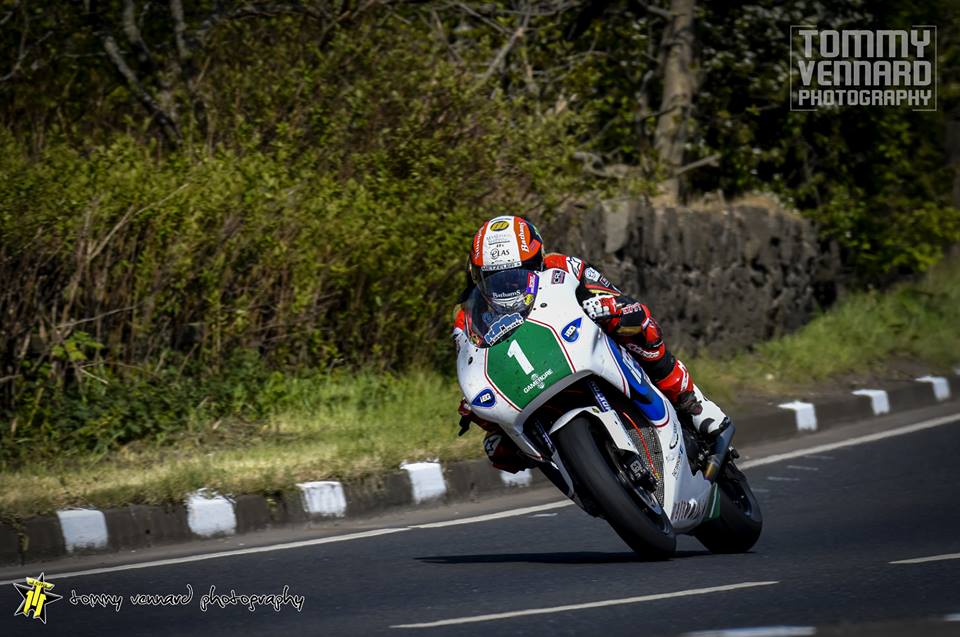 Michael Rutter secured a popular Super Twins race 2 victory, to take his tally of North West 200 victories to 14, making him now the third most successful rider in history at the Portstewart based meeting.

Victorious by 0.697 of a second, after a close fought race in drying conditions, he was visibly delighted in the winners enclosure with his success, which also marked an emotional win for Ryan Farquhar’s KMR Kawasaki team. 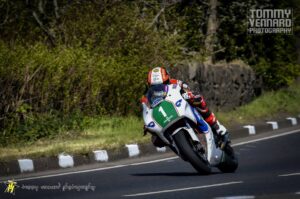 Dan Cooper aboard the KW Electrical Services backed ER6 Kawasaki in second place, was over the moon to record a maiden North West podium finish.

Race 1 winner Martin Jessopp (Riders Motorcycles Kawasaki) third, was magnanimous in defeat, as he added his congratulations to his fellow podium finishers.