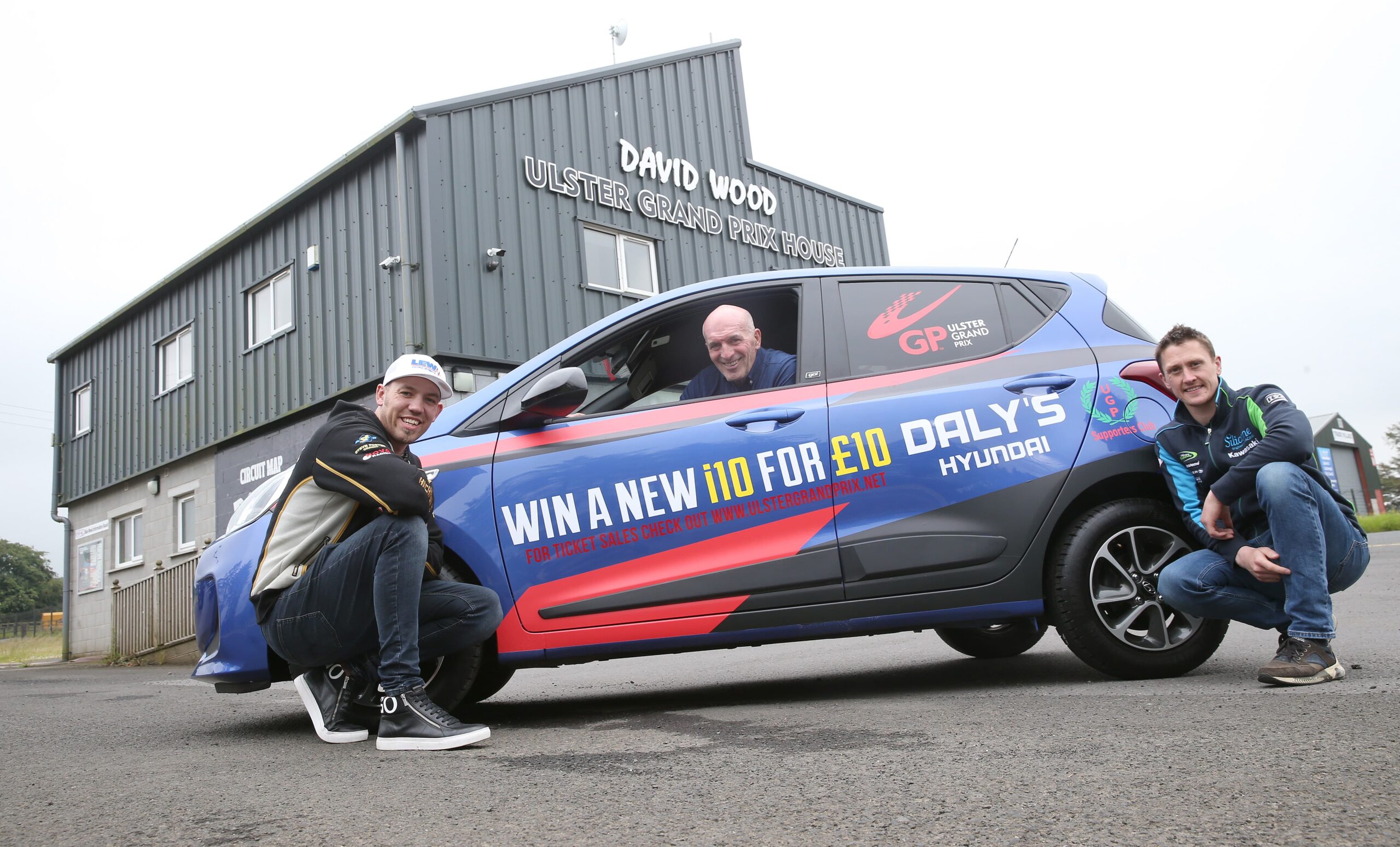 Ulster GP organisers are offering roads aficionados, racing fans the chance to own a 2019 spec Hyundai i10, with the launch of a raffle scheme made in conjunction with vehicle event suppliers Daly’s Hyundai.

To be in with a chance of winning the i10 Hyundai, race fans can purchase the raffle tickets which cost £10 pounds via the Ulster GP’s official website, and also via Daly Hyundai’s Belfast based dealership and during bike week from the Ulster GP Supporters Club set up.

The raffle prize winner will be officially announced from 10:00 AM, during Ulster GP race day, which takes place on the 10th of August. 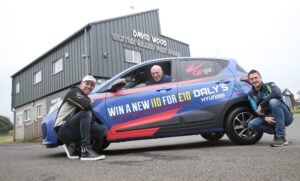 “The costs of staging a meeting like the Ulster Grand Prix are always increasing, and as the race organisers we are constantly seeking ways to raise funds.

We are very grateful to Daly’s Hyundai for all the support they are providing in offering race fans the chance of winning a new car for just £10 pounds. Daly’s will also supply the official course cars for the event.”

“Daly’s Hyundai are delighted to be involved with the Ulster Grand Prix once again. 2018 was our first year as official vehicle sponsor and it was a huge success for us.

We had a lot of exposure for our cars and a great response, so we are back for a second year with eight course vehicles and are looking forward to meeting the new owner of the i10 on the 10th of August.”