Home - Europe - The Ice Run - The Coolest Race On Earth! – The Ice Run 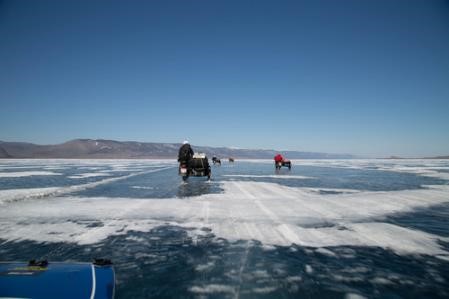 Dubbed ‘The Coolest Motorbike Race On Earth!’ the unique Ice Run event ran on the deepest lake in the world, Lake Baikal in Russia, is a 2000 kilometre endurance event, ran over 12 days.

The sixth running of one of the most challenging competitive motorcycle events worldwide, is scheduled to return next year in March.

It has the same elements as what we associate with conventional road racing, for example been surrounded by striking landmarks plus like with the TT and Ulster Grand Prix there’s a subtle purity about it. 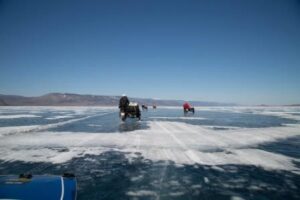 Machines for the Ice Run, are the Russian made Ural Sidecars. Competitors race in teams of two, with one team member driving and one been the navigator across the 12,000 miles of ice on Lake Baikal.

Giving his thoughts on the truly one of a kind event, 2015 event competitor Matt Prior stated:

“I’ve been all over the place on crappy vehicles that breakdown all the time, but it’s never really been a problem because whenever you stop you don’t feel like you’re going to fall through the road.”

“We made some rash decisions. I remember going across one particular crack and not really thinking about stopping. The back wheel went through the ice. We had enough momentum to pull through, but it was a bit of an eye-opener.”

If you are interested in participating in the Ice Run, you can register your interest via http://www.theadventurists.com/ice-run/