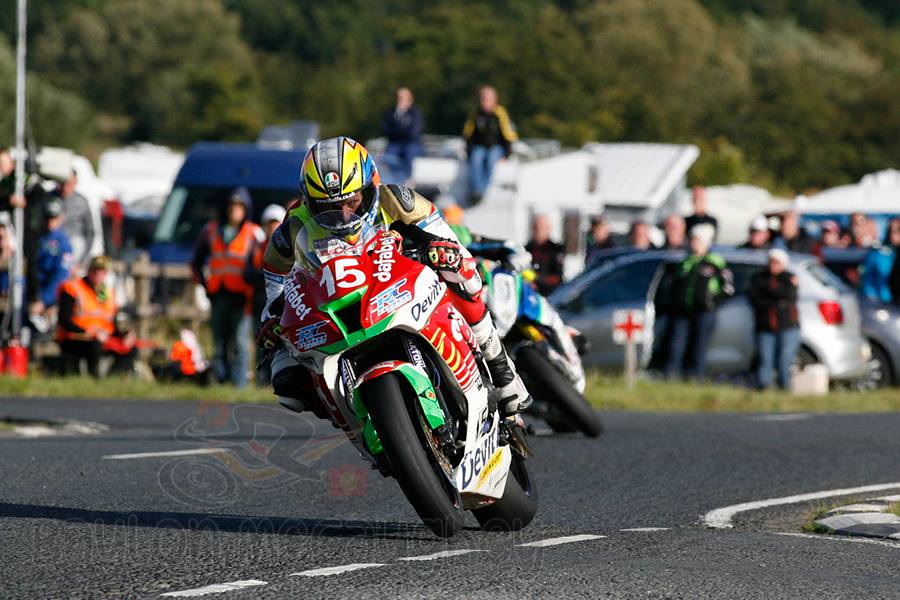 Victory in one of the greatest Super Twin races to ever grace an international roads meeting, topped off in style an overall solid MCE Insurance Ulster Grand Prix for Dafabet Devitt Racing and Ivan Lintin.

Alongside Super Twins success by just 0.024 of a second!, plus a new class lap record of 120.402 mph, additional highlights at Dundrod for the twice Lightweight TT winner Lintin included a very creditable eighth place finish in the Lisburn & Castlereagh City Council Superstock race. 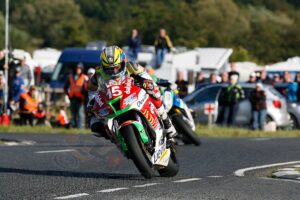 Looking back on a productive week at Dundrod, the Bardney based rider stated:

“It’s been a fantastic meeting and I’ve really enjoyed the week, the obvious highlight being the win in the Super Twins race.

I knew it was going to be tough as it’s become a really competitive class and Dan was with me throughout.

When he came by me, I thought I could have a go back at the Flowbog or Quarry Bends but I lost the front a couple of times and thought that was it. I got the power on through Dawson’s as soon as I could though and managed to get the win with the lap record being a bonus.”

Adding his thoughts on the Supersport, Superstock and Superbike encounters which yielded in total four top 15 finishes, he said:

“I had good rides in all of the races and although I didn’t crack the 130 mph barrier this year, I had some good results on the big bike and we made good progress all week whilst I also set my quickest ever lap on a 600 so, all in all, it’s been a highly successful meeting.”

“It’s been a brilliant meeting and we’re delighted with the results especially the Super Twin race. It was one of Ivan’s hardest fought wins in the class not just during the race but before it also as another rider collided with him on the warm-up lap damaging his hand and also the bike slightly.

He regrouped though and it’s probably the best I’ve seen Ivan ride on the Twin so the win and the lap record were simply superb.

It’s been an up and down season so to come here and have strong results on both the big bike and 600 as well is very pleasing indeed.

The whole team have worked really well all week and the boys did a mega job with the bikes so we’re looking forward now to the Scarborough Gold Cup and Macau Grand Prix and finishing the season strongly.”