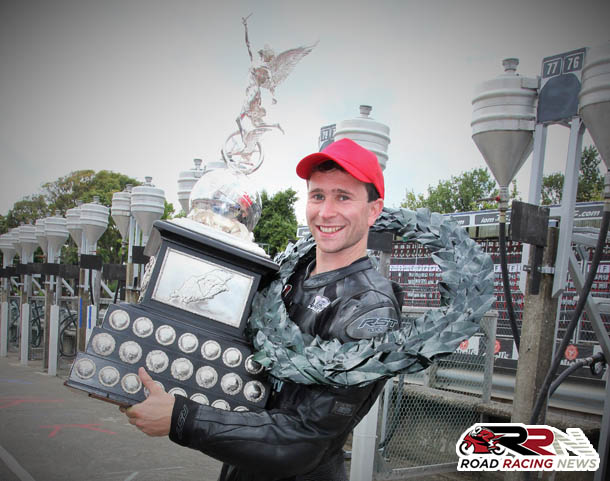 Today’s turn back time feature sees us go back to August of 2017 and the blue riband, feature race of Manx Grand Prix race week, the three lap Senior encounter.

With Welshman Evans encountering problems at the end of the third, final lap his race winning stood astonishingly at over a minute!

Reflecting on his third, but without a doubt most important Manx GP success, he said:

“I knew if I didn’t have any traffic, I could do it. I got +six, +five, +four on lap 1 and thought if I want to win this, I’ve got to concentrate, make no mistakes, get the head down.

When I got +78 on lap four at Glen Helen, I couldn’t believe it! From there just took it steady to bring it home.”

Impressive Competition All Round:

Race runner-up Barry Evans who same as his fellow namesake stepped up in 2018 to the TT Races, became at the time the second quickest racer in Manx GP history, via lapping on lap two at an average speed of 122.344 mph.

Finalising the top six finishers was Oliver’s Mount Scarborough specialist Nick Anderson, who’s gritty ride was made all the more impressive given that during practice week, he sustained a shoulder injury following an incident at Ramsey Hairpin.