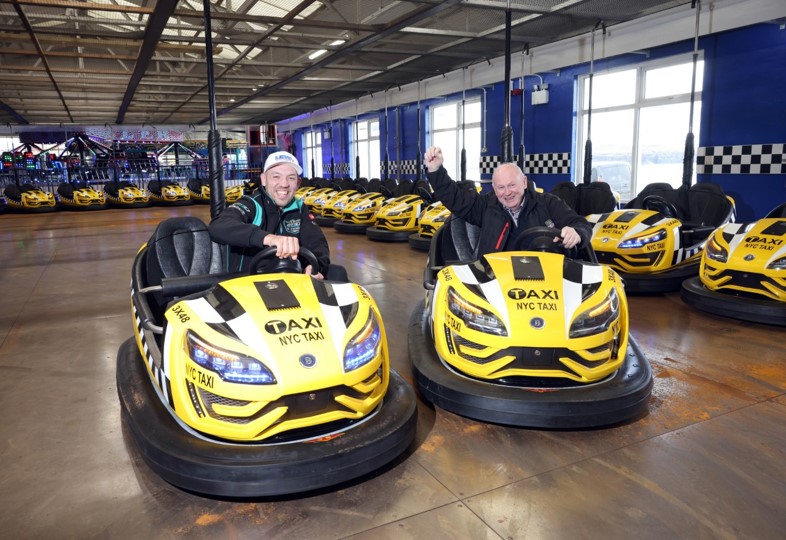 World’s fastest road racer Peter Hickman has accomplished pretty much everything notable in terms of International road racing but there is one noticeable golden nugget from his resume, Superbike success at the North West 200.

“I understand the bike really well now. I’ve been riding BMWs for a long time and although there are some things like the wings and the gearbox that are different with this variant, overall the S and M are very similar.

The M produces more power than the S and we have more horsepower already for 2022 than we had last year when we were already quite strong.”

Whilst his Superstock/Superbike machinery stable (FHO Racing BMW’s) is 100 percent rubber stamped, the now 35 year-old isn’t as certain of his anticipated Supersport mount.

He was planning to race the new K2 Trooper Beer/PHR Performance 765cc Triumph but NW200 organisers have made in contrast to TT Races chiefs the decision to continue with current Supersport regulations, making the Triumph ineligible.

Commenting on this subject, the five times TT winner stated:

“I am still speaking to Mervyn Whyte and the MCUI scrutineers about the rules but if I am not allowed to race the Triumph then I won’t be in the Supersport class this year.”

Super Twins wise, it’s a case of roles reversal with Hickman set to bring the famous Norton name back to road racing.

The Norton due to not being a present time derived mass produced machine, can’t take to the TT Mountain Course this year but is eligible for the North West.

Speaking in-depth about his respect, passion for the opening International roads meet of 2022, he stated:

“I really enjoy it. A lot of people complain about the track and all the rest of the bulls**t but to be honest a track is a track.

Whether it has got chicanes or hairpins or whatever, I don’t really care. I just like racing bikes and I get to race them at 200mph on public roads against a load of my mates.”

“The whole course looks in good shape and I hope the grip levels are high. From Church corner to York is one of the best pieces of tarmac in racing and I am really looking forward to getting back there.”

We will all know soon whether this prediction will prove true when the FonaCAB & Nicholl Oils North West 200 makes its much-anticipated return.