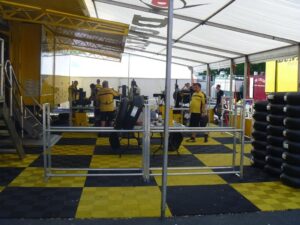 Its being a superb season of road racing for Dunlop tyres. Honda TT legends racing was competing on Dunlop tyres this year and the combination worked brilliantly as Michael Dunlop and John Mcguinness went onto the superbike and senior TT races. John Mcguinness also went onto set a new overall lap record at the Isle of Man TT with a lap speed of 131.671 mph.