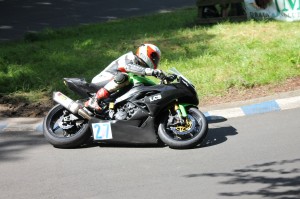 A succession of top results was achieved by Mark Lister during the Barry Sheene road race festival at Oliver’s Mount. Mark competing on a ZX6 Kawasaki backed by Orwell motorcycles began with a fine fourth place finish in opening modern junior 600 race.

Next up was first leg of modern senior races, Mark was first supersport 600 rider home finishing in a highly creditable fifth place. 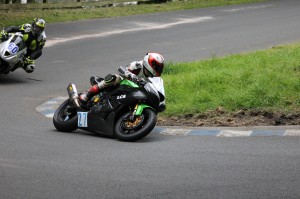 Second modern junior 600 race saw in a highly competitive race Mark battling throughout for a top six placing as he went onto finish in seventh position.

Mark is set to make his Manx Grand Prix debut this year and is greatly looking forward to making his debut on the mountain course when competing in newcomers A race.