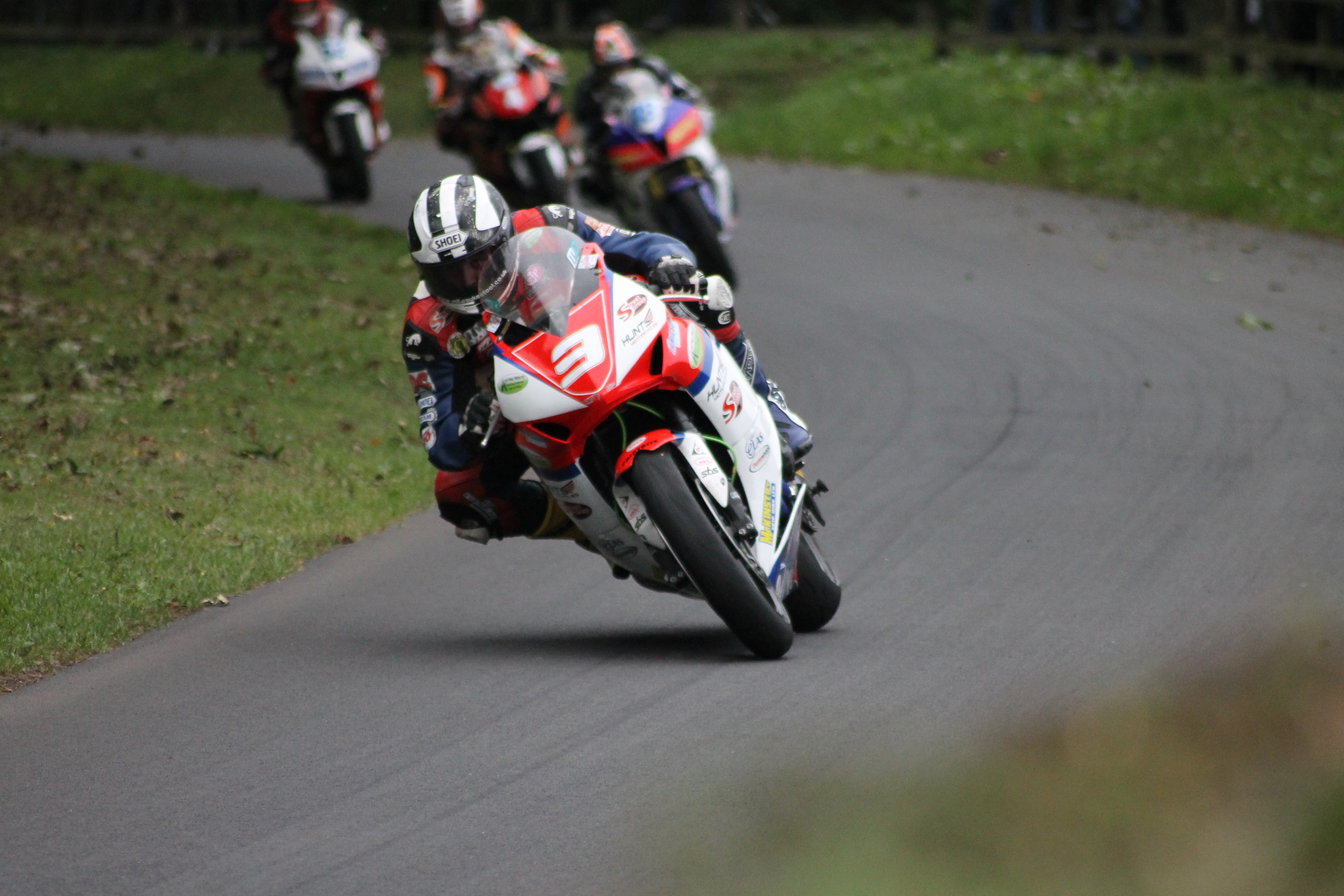 In treacherous conditions all around the Oliver’s Mount circuit Michael Dunlop competing on a CBR 1000 Honda Fireblade judged his race to perfection to win for the first time the Steve Henshaw international gold cup.

John Mcguinness led the way early on but then John crashed out on lap 2, this meant that Guy Martin and Michael Dunlop where both now into first and second place positions.

Robert Wilson rode calmly and smoothly to finish in 9th place on the Stoddart racing ZX6 Kawasaki. Gary Graves completed the top 10 finishers in a race that had a high attrition rate. Bruce Anstey, Dean Harrison, Ian Lougher, John Mcguinness and William Dunlop all where non finishers in the feature race at this years Scarborough gold cup.

Another exciting and entertaining Steve Henshaw international gold cup race and one that brought gold cup victory for the first time for the worlds best road racer at this moment in time, seven time TT winner Michael Dunlop.