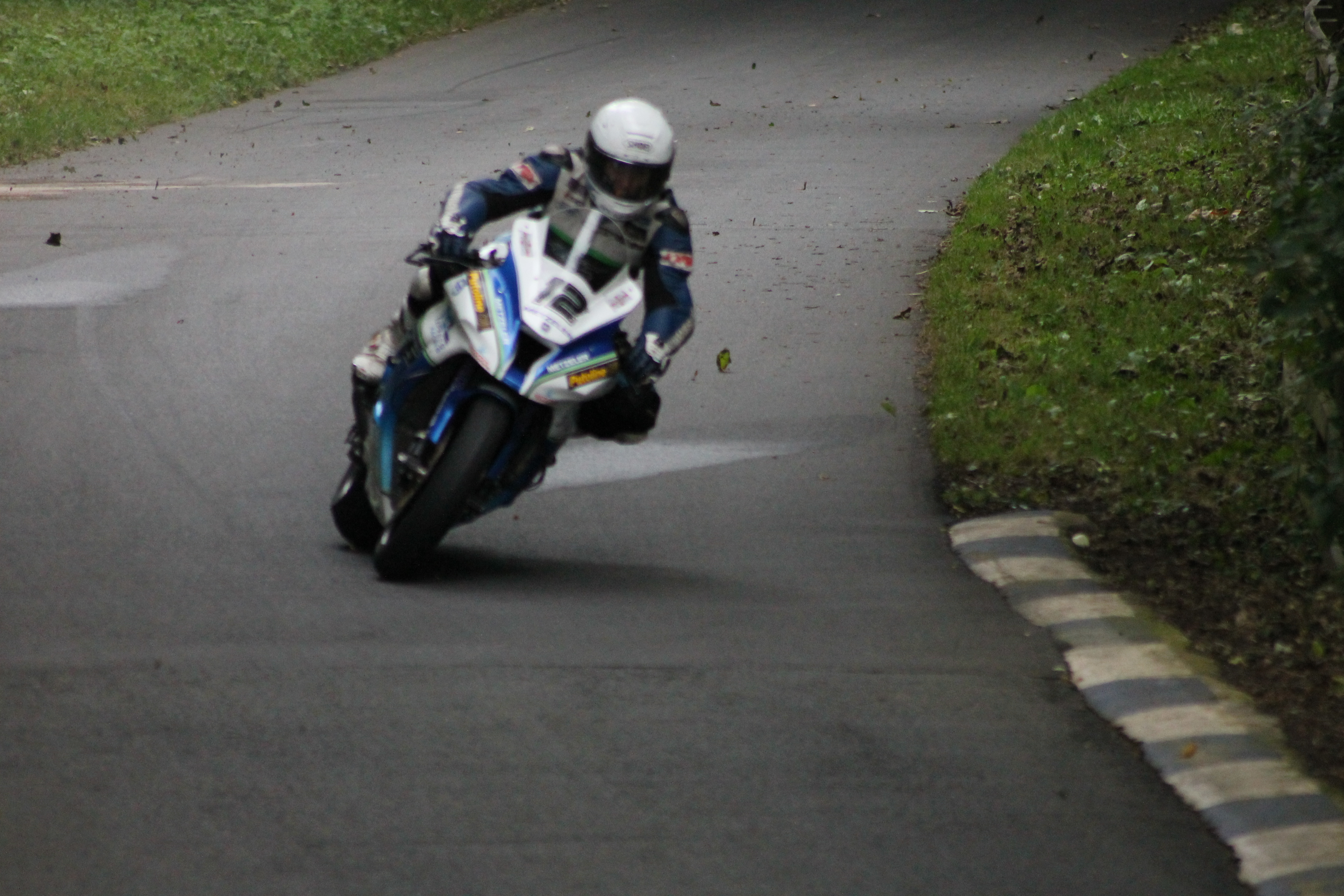 Dean Harrison competing on the RC Express racing Kawasaki by MSS performance superbike rode brilliantly in tough conditions all round to win the second leg of the Darran Lindsay trophy superbike races.

Guy Martin lead from the start of the race on the Tyco Suzuki by TAS superbike but soon Dean Harrison hit the front as conditions around the Oliver’s Mount circuit got worse as the three lap went on.

Tom Weeden competing on the Trickbits FBM performance backed 675 Daytona Triumph rode amazingly in the wet conditions to make his way through the pack in front to finish in second place. A superb performance from Tom competing only for the third time at Oliver’s Mount having competed earlier in the year at the Ian Watson spring cup road races and at the Barry Sheene road race festival.

A race that brought with it tactics, close racing and exciting race manoeuvres saw Dean Harrison victorious on the RC Express racing Kawasaki by MSS performance superbike. Dean’s making his Macau grand prix debut soon in 2013 in what has been a sensational year of racing from one the most naturally talented riders to have graced road racing in years.