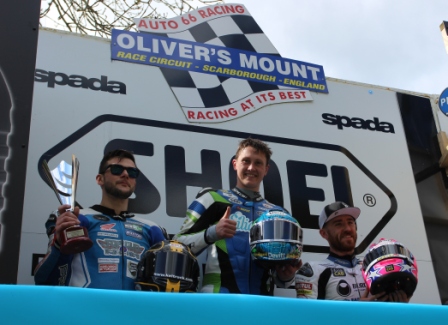 Showing the sort of form which makes him regarded as the one to beat at all meetings at Scarborough, he lapped close to the lap record on the brand new Superstock Silicone Engineering Racing ZX-10RR Kawasaki on his way to a 57th victory at England’s only pure road racing circuit. 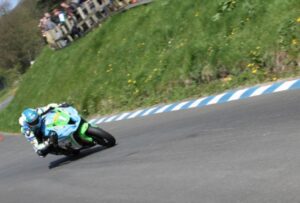 Top Gun Racing’s Dan Hegarty put up a gallant defence of his Spring Cup crown, battling his way to second, in the process setting a new personal best lap time of 1 minute 45.76 seconds. 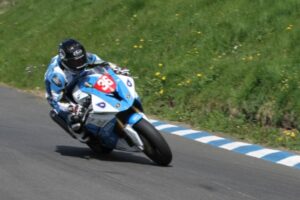 Mick Goodings just held off James Cowton, the leading 600 mounted competitor, on the line for 7th, with his Kilham based challenger, taking home eighth. 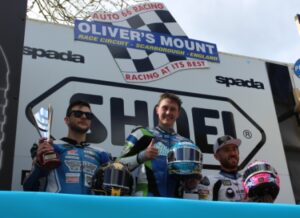