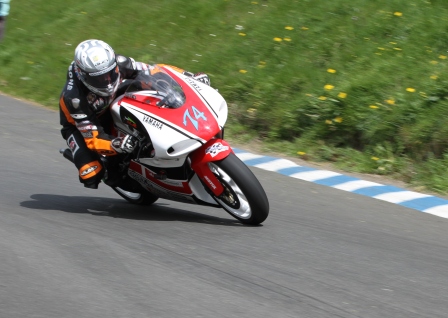 One theme in particular summed up day two of action at the 2017 Spring Cup National Road Races at Oliver’s Mount, with many of Yorkshire’s leading roads exponents recording first class results a plenty.

It’s fair to say the star of the show, was Dean Harrison who with victories in the second Solo Open A, Senior and Junior A races, took his tally of wins at Scarborough to a staggering 57, just six short of Guy Martin’s tally of wins at the North Yorkshire based roads venue.

Speaking of Guy, what a surprise it was to see him taking part in one race today at the mount. Driving overnight back from the Tandragee 100, Guy was in attendance to claim a much needed signature for his Mountain Course licence, ahead of his hugely anticipated TT Races return.

Finishing down in 12th place in the second Senior race, it didn’t matter how uncompetitive he looked aboard the Honda Racing stocker, his appearance captured the imaginations of fans a plenty, who where delighted to see the eight times Steve Henshaw International Gold Cup winner, in action. 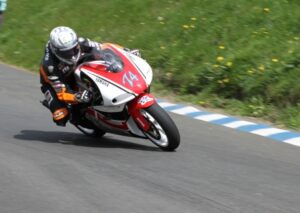 Prospective TT newcomer Joe Thompson, took his tally of wins from this years Spring Cup to four, following stellar display’s in the second Solo Open B and Lightweight encounters.

Justin Waring edged out Ian Lougher for Ultra Lightweight honors, Nick Anderson lead the 400 challenge whilst Adrian Harrison made it a Junior B double, holding off strong challenges from newcomer Jamie Harris and Lewis Bramwell.

David Bell dominated the second Classic Superbike encounter, but behind there was series of impressive performances, none more so than from Scarborough newcomer Craig Neve finishing second as Phil Stead third, lead the Formula II challenge.

Top Gun Racing’s Dan Hegarty, did everything but win this weekend! as he recorded five second place finishes and two third place finishes in the Junior A Supersport races.

Ending this article with something different, in my opinion the best sounding bike this weekend at the Spring Cup National Road Races, was a classic R100RS 1000 BMW piloted by Frenchman Morgan Govignon, it made quite a noise!