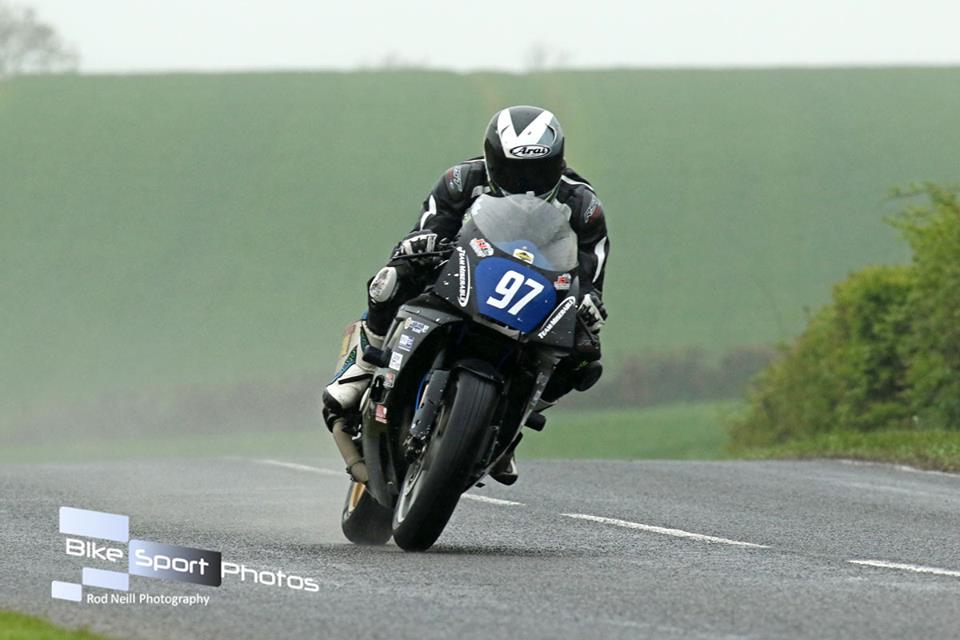 Only one word from my point of view, can describe Seamus Elliott’s performances at the 57th Tandragee 100, they where Herculean.

Making his return to the real roads scene, for the first time since a serious incident last year at the Faugheen 50 Road Races, Seamus was quickly back up to speed, proving that he’s lost none of his proven roads craft/pace.

Race day at Tandragee, saw the McBurney Transport driver secure a very respectable 11th in the Open race, the Lightweight 400 encounter though would prove without a doubt the highlight of the meeting. 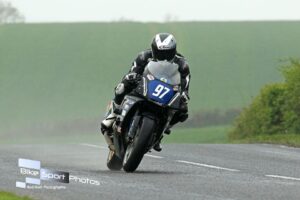 400 Kawasaki mounted, he finished a tremendous second, as he used all of his experience and ability to seal this top draw result, despite encountering what was extremely tricky wet/damp conditions.

“If it wasn’t for him going motocrossing with me and keeping me at it I’d probably never have been able to get back so quickly.” 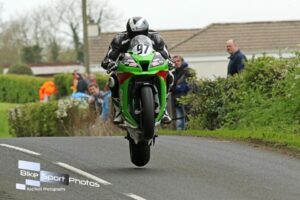 Seamus next roads outing on the horizon, is the KDM Hire Cookstown 100, which takes place next weekend, from the 28th to the 29th of April.