Southern 100: Thursday Solo Races Round Up 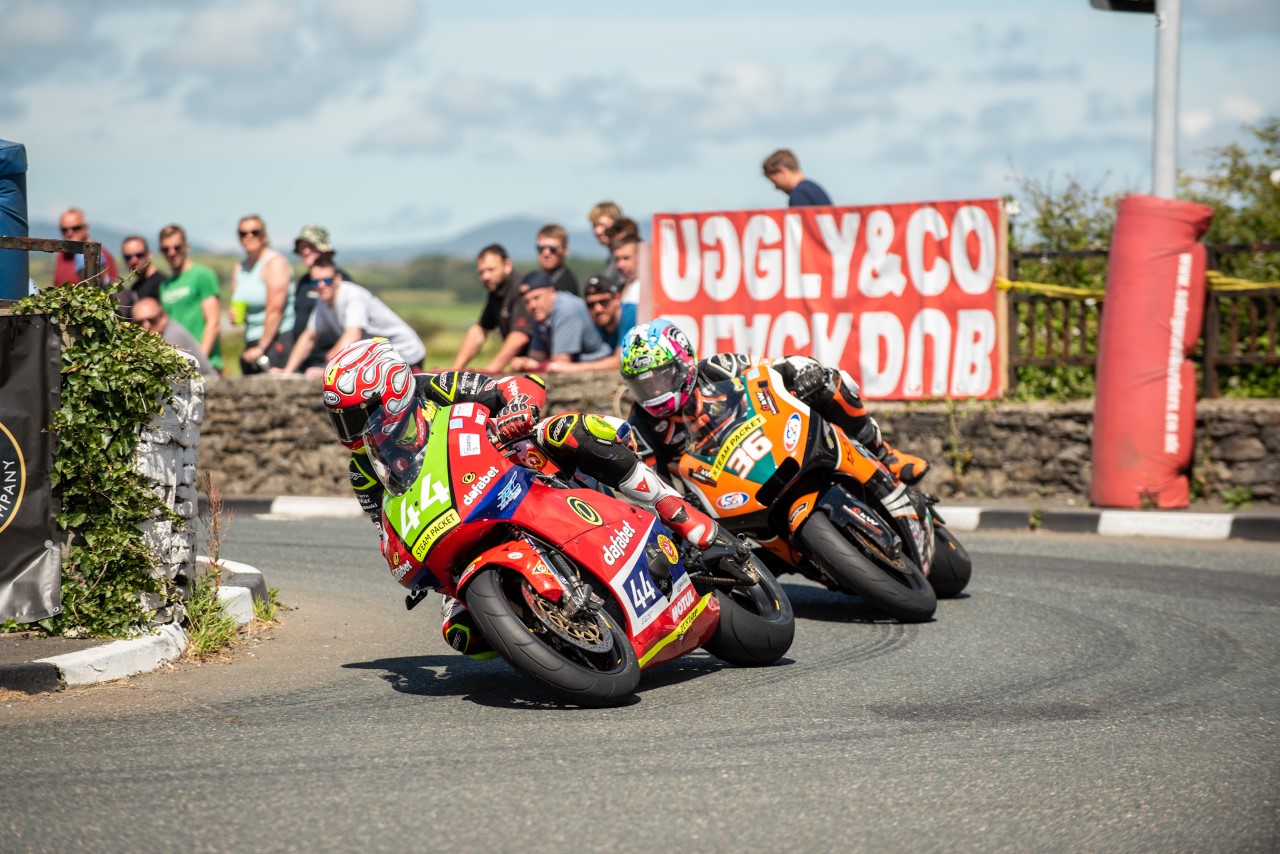 This enabled new race lap record holder Michael Russell, to take over the P1 reigns, which he carried to the chequered flag but only by the narrow margin of 0.073 of a second!

Wrapping up the podium finishers was a delighted Yann Galli, after edging Kevin Barsby for third.

7.5 seconds clear at the end of lap one, Derby’s Richard Eglin proved the cream of the G H Corlett Solo Founders, Non-Qualifiers race.

By lap five, Eglin’s advantage out front stood at 17 seconds plus ahead of 54 plate holder Paul Turner.

Just as Eglin homed in on race victory, red flags unfortunately arose around the Colas Billown Course, following an incident at Stadium.

With the race not re-run, prior second place holder Turner was declared race victor ahead of Geoffrey Lunn and the ‘Decorator’, Father of TT star Conor Cummins, Billy Cummins.

Regularly between them surpassing the previous existing race lap record, at the race’s conclusion only 0.298 covered the top three.

Ultimately emerging victorious, taking at the time his fourth race win of the week was Milenco by Padgetts Todd, who led at the end of each race lap.

21 times TT winner Dunlop finished third and was only 0.180 in arrears to Harrison.

On route to third, Dunlop who made some intriguing comments post-race about the race winning Honda steed, set a new race lap record of 110.998 mph, which equates timing wise to 2 minutes 17.840 seconds.

Just as on Wednesday evening, the main pretenders for Super Twins honours this afternoon at Billown were Dafabet Racing’s Rob Hodson and Hebden Bridge’s Jamie Coward.

His final race winning margin stood at almost 0.75 of a second.