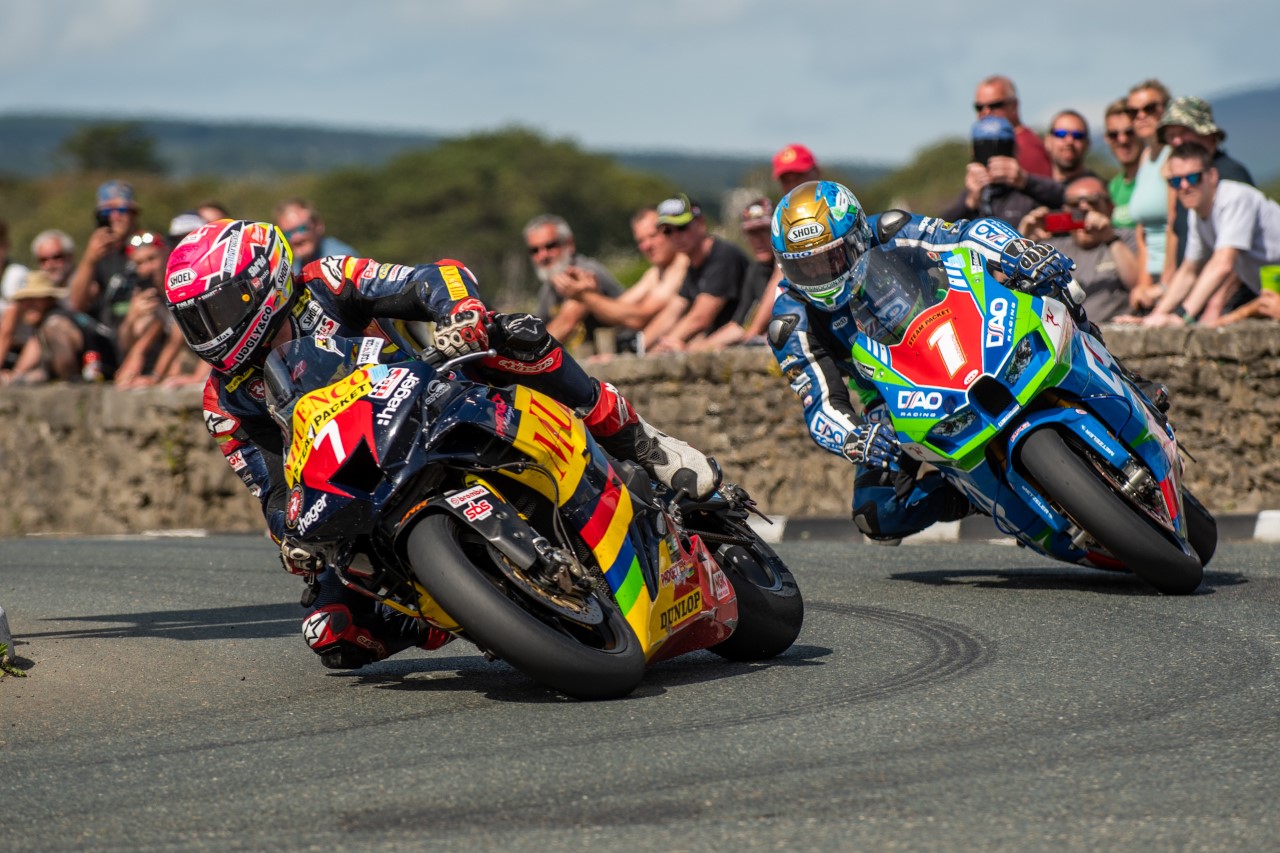 More lap, race records were in prospect for the big one, the blue riband, the showpiece event of the 2022 Southern 100, the Hunts Motorcycles Solo Championship.

At lap one’s finalisation, Todd enjoyed a 0.985 lead over reigning Solo Champion Harrison, who in turn was 1.9 clear of 21 times TT winner Dunlop.

Laps four, five would see Todd, Harrison continue to tussle it out for the coveted Solo Championship crown.

With just three laps to run, Todd held a narrow 0.341 advantage over Harrison, third placed Dunlop was 10.68 seconds down on the prime Championship challengers.

Soon the existing lap-record was broken not once but twice, with Harrison setting the slightly better lap speed, moving to within 0.179 of Todd, after lapping at an astonishing 116.639 mph.

Lap records don’t always win races though and Todd P1 at the end of lap eight, was keeping his cool in pursuit of a first Solo Championship title.

The all-important P1 though and £3,500 pounds winners cheque went to Brotton’s Todd, emerging post the chequered flag, only 0.061 ahead of Harrison, to claim his fifth race win of the 2022 Isle of Man Steam Packet Company Southern 100.

Southern 100: Thursday Solo Races Round Up