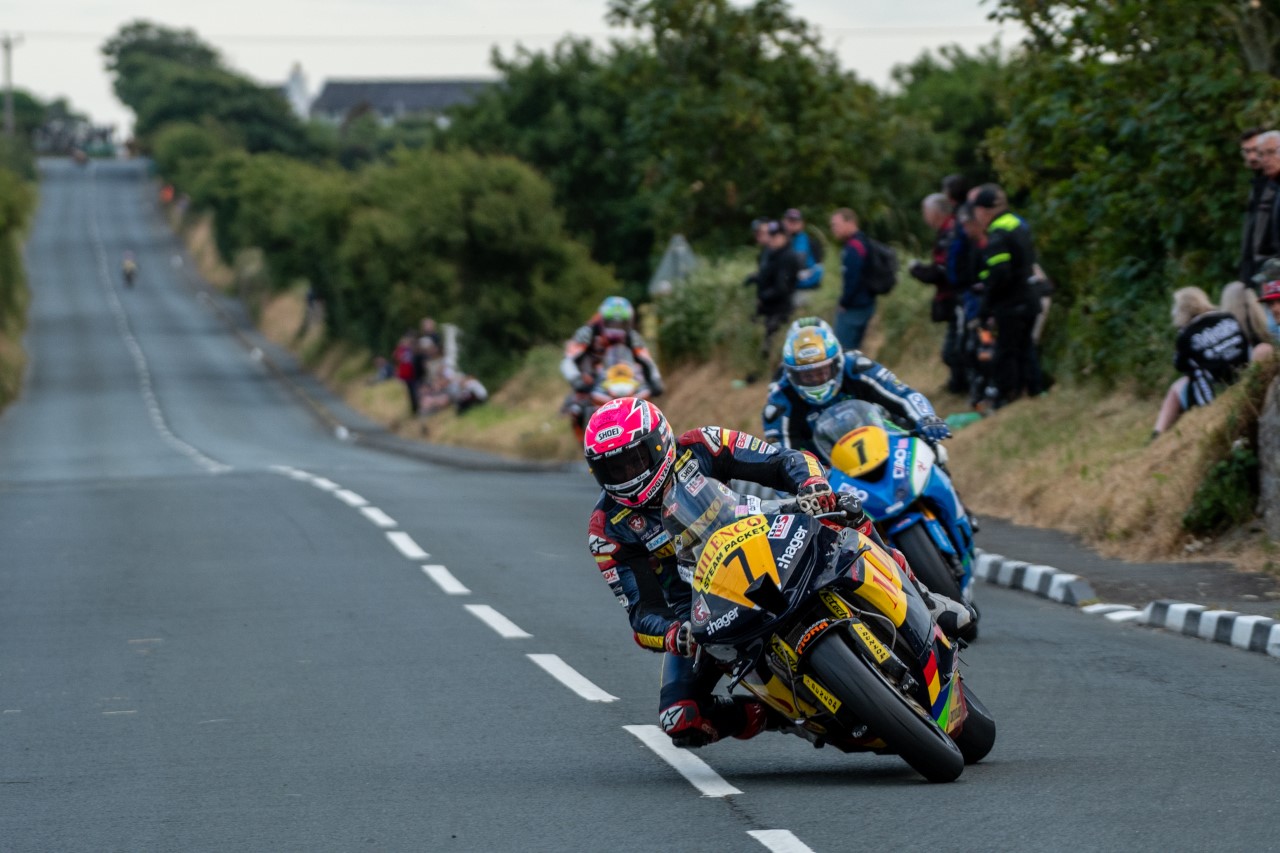 No less than three racers enjoyed leadership of the JCK Supersport B-race, which went onto be dominated by versatile racing all-rounder Michael Russell.

At the race’s conclusion, Russell finished 2.12 seconds ahead of prior race leader Don Gilbert.

73 plate holder Jack Petrie completed the podium finishers whilst an entertaining battle for fourth was won by Kevin Barsby.

In total 29 racers completed the seven lap-race at the ‘Friendly Races’.

Delayed for a short period of time, following a non-race related medical emergency, the seen-lap Radcliffe Butchers Supersport A-race, met and some up to pre-race expectations.

A race long scrap between Davey Todd, Dean Harrison, Michael Dunlop and Jamie Coward thrilled those in attendance, as four of International road racing’s top pilots duked it out for honours.

In the end after seven closely contested laps, it was Milenco by Padgetts Todd who kept his cool to secure victory spoils.

No.1 plate holder Harrison took second, finishing only 0.344 behind Todd, setting on the seventh, final lap, the fastest lap of the race, lapping at 2 minutes 18.516 seconds.

PreZ Racing’s Paul Jordan who made an impressive start took fifth whilst P6 was mopped up by Dafabet Racing’s Rob Hodson.

Wrapping up the first ten finishers from yet another S100 Supersport classic was Welshman Rhys Hardisty and 42 plate holder Richard Charlton.