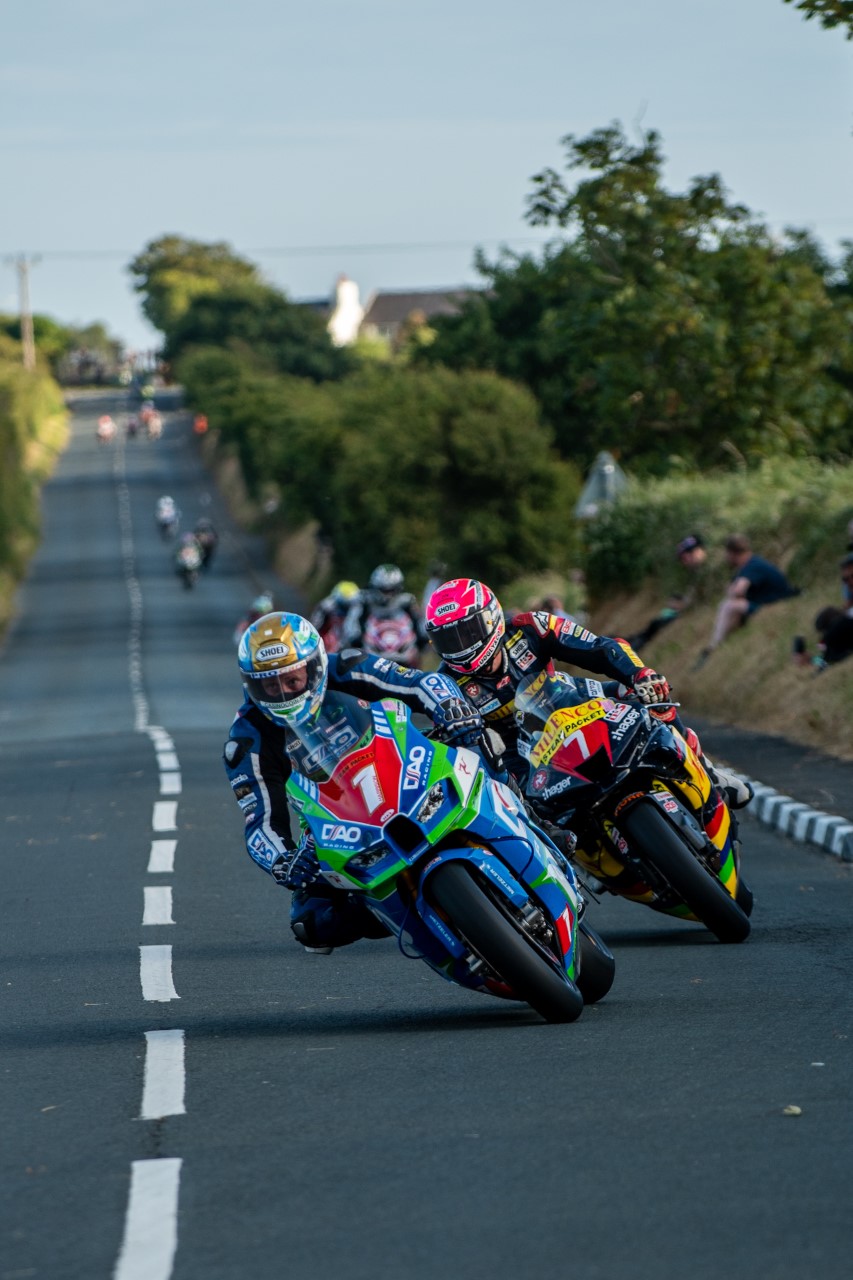 Edging near the existing lap-record, Harrison (Dean) set another race lap-record on lap three, lapping over the 115-mph mark.

116.073 mph, were the words uttered in amazement by Commentator Tim Glover, as Harrison once lap four finalised set a blistering new lap record.

Todd bit a touch more out of Harrison’s lead on lap five, the gap was now only 0.451 of a second.

Could Todd repeat his Tuesday evening heroics and get the better of Harrison on the seventh and final lap?

The answer was no but not before a huge effort from Todd, who got to just 0.094 in arrears to now 25 times Southern 100 winner Harrison.