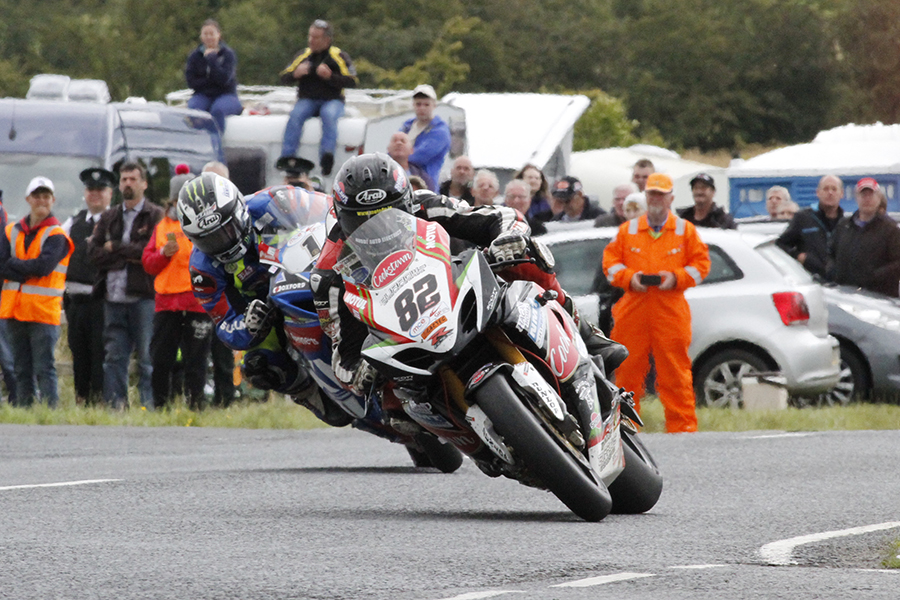 Leading the Suzuki challenge in qualifying, race action began with a solid seventh place finish within the Dundrod 150 Superbike race.

Moving onto towards Ulster GP race day, he more than made up for the disappointment of been a non finisher for the Superstock race, by securing a brace of top six finishes within the Superbike encounters, along the way lapping in excess of 132 mph. 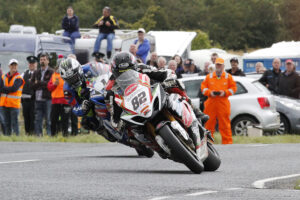 These results where backed up by an impressive fourth place finish, in a thrilling Super Twins race.

Reflecting on arguably his most positive Ulster GP campaign to date, Derek said:

“I was in the thick of the battle for a rostrum position in the Supertwins race but unfortunately for me Adam McLean held third when the chequered flag went out and I had to settle for fourth. A great result, but it was frustrating to miss out on a trip to the rostrum.

The Superbike races brought me two highly sought after top six finishes and even more pleasing was a PB Dundrod lap of over 132 mph on the big Suzuki.

This season has seen me up my PB lap speeds at both the Isle of Man and Ulster GP events and that shows that myself and Cookstown Burrows Engineering Racing are making great progress together.

Thanks to all the team and my sponsors for their continued support.”