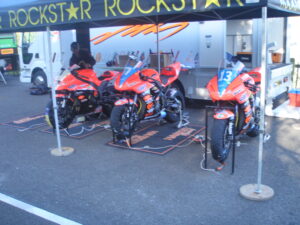 Ryan Farquhar is back competing at Oliver’s Mount this year. Ryan has a fantastic record at the mount which includes Scarborough gold cup victory in 2011, four consecutive Ian Watson spring cup road races victories from 2008,2009,2010 and 2011. Plus Ryan won in one weekend of racing at the Barry Sheene race festival in 2009 18 races!

Ryan has also won the feature race at the cock of the north road races three times in 2010,2011 and in 2012. Currently Ryan is the third fastest rider around Oliver’s Mount, its fantastic news for Oliver’s Mount fans that Ryan Farquhar is back in action for the 2014 Oliver’s Mount events starting with the Ian Watson spring cup road races in April.