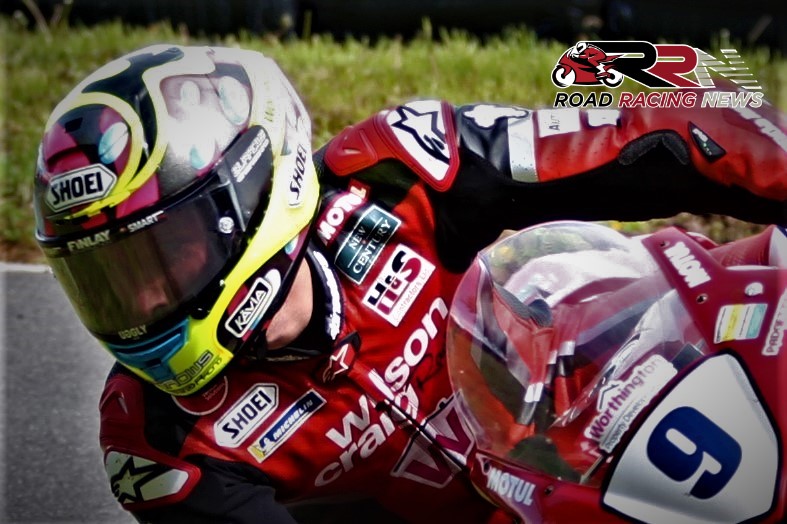 Davey Todd’s two wheel racing versatility was supremely illustrated last weekend at Cadwell Park, as he turned on the style during the ninth and final round of the 2021 British Supermoto Championship.

Quickest in qualifying for the feature National Championship races, the opening premier class encounter saw the 2019 IRRC Superbike Champion keep off the tenacious, gritty challenge of Richard Blakeman to scoop race honours by just over 1.42 seconds.

The second 16 lap circulation around the iconic Cadwell Park would see Todd successfully make it back to back race wins, emerging at the race’s conclusion 2.812 ahead of lead chaser Jordan Bannon.

Saturday’s final race action for the 2018 TT Privateers Championship winner, provided a mix of enterprising moments, scintillating overtakes and no shortage of drama.

Starting from the back of the grid, Todd quickly jostled his way into race winning contention and by the 16th and final lap, he looked likely to score an impeccable triumph.

Ultimately it wasn’t to be as he ran out of fuel, cruelling denying him a famous victory.

Never the less, the past weekend’s races largely provided more positives than negatives for Todd who has enjoyed a very productive 2021 on the roads, on the short circuits and in terms of national, International Supermoto action.