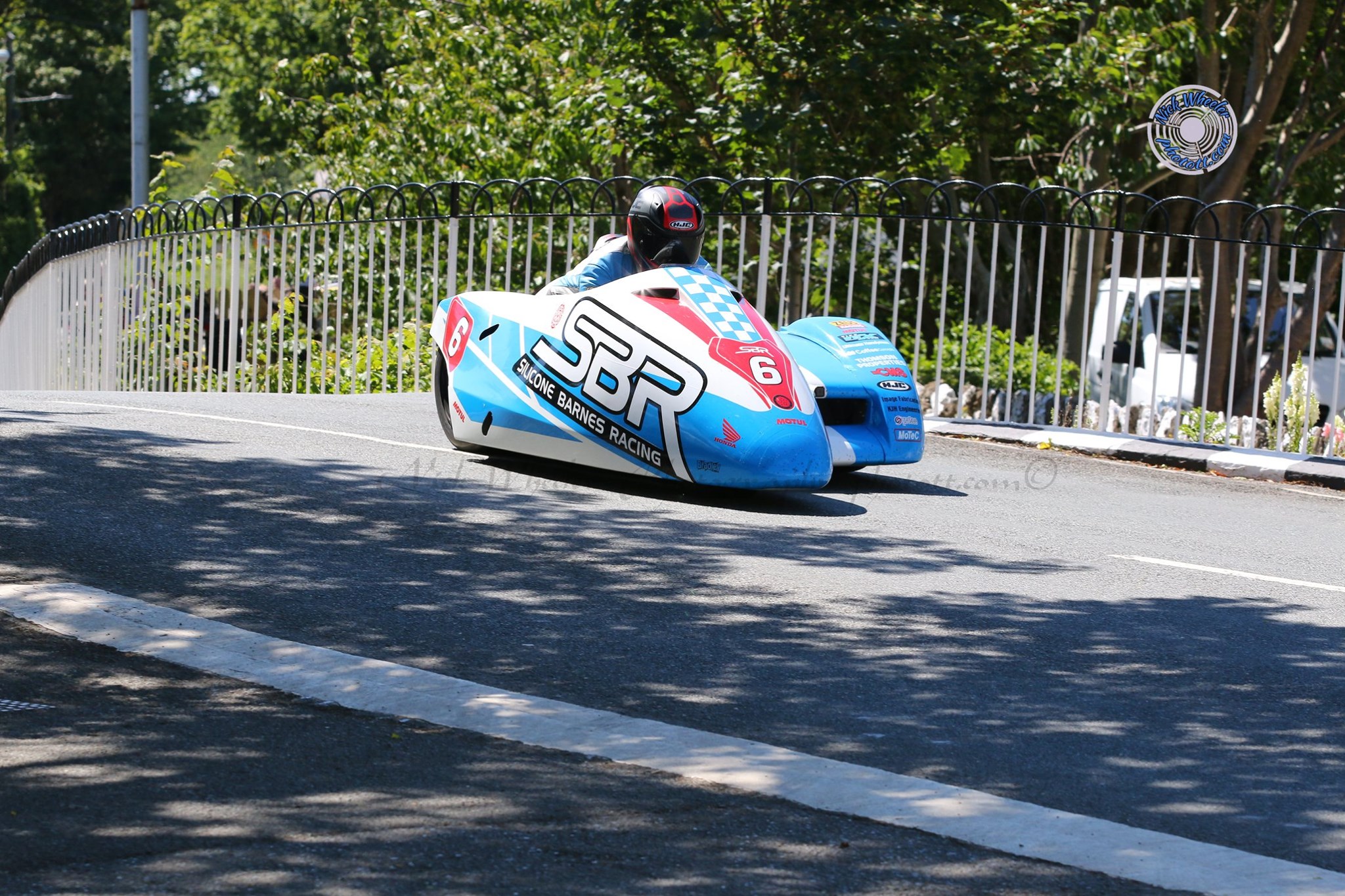 The all conquering Birchall brothers Ben & Tom, endured a mixed weekend in terms of results with a top five finish in the opening 14 opening lap, followed by a non finish in the corresponding 12 lap encounter.

Team A.R.C’s Lee Crawford/Scott Hardie, who starred and some at the EMRA, Mallory Park meeting, proved once again that they can hold their own with elite Sidecar exponents, sealing very respectable 7th, 8th place finishes.