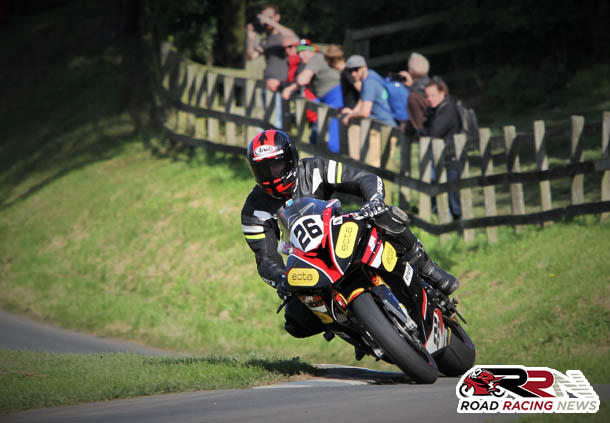 Getting to grips with the new steed throughout practice and qualifying, the first legs of the Solo Open A and Senior races provided mixed fortunes for the Lancashireman.

Involved in a fairly low speed incident near the completion of lap one in the Solo Open A encounter, the following eight lap Senior race saw Mike secure a very creditable sixth place finish, along the way lapping under the 1 minute 50 second mark. 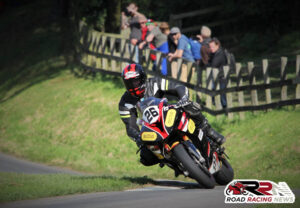 Reflecting on his first weekend of 1000cc competition at Scarborough, he stated:

“Had a good run on the BMW for the first time, qualified 9th, Open race was in a group but had a small off got back out for senior qualified 7th and finished 6th, plus qualified 11th for the gold cup feature race.”

Adding his thoughts on the David Jefferies Cup Supersport A races, which yielded series of tenth place finishes on his own teams YZF R6 Yamaha, Mike said:

“The 600 didn’t really go to plan, a bad qualifying landed us 18th managed to get back up to 10th in first race.

Then the second race I ruined the start trying to start it like the BMW and ended up at the back into first corner but managed to get back up to 10th.

Not where I wanted to be but there’s always next year. Overall I had a really good weekend with ECTA Racing and did better than I thought I would on the big bike.

We’ve got a lot of testing to do over winter and try to get used to swapping from 1000 to 600 which will start next weekend at the Anglesey Grand meeting.”